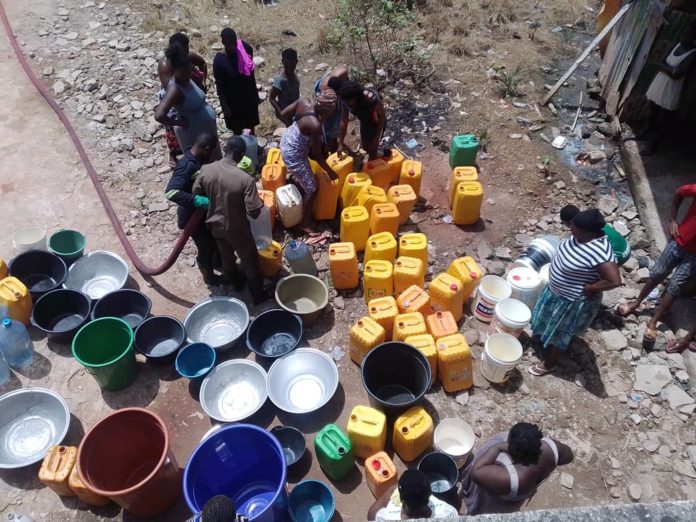 Sibi, a farming community in the Nkwanta North District of the Oti Region, is without water for the past three months.

Members of the community, with a population of about 8,000 people, walked several miles to Kpassa the District capital, in search of water whilst others journey towards Damanko to fetch water from the Oti River.

Mr Jackson Jackai, the District Chief Executive (DCE), told the Ghana News Agency (GNA) that the situation at Sibi had been a perennial one demanding stakeholders’ action to ameliorate the situation.

He said the underground water system was dry, making it difficult to drill boreholes to mechanise, with the only option left was to draw water from the River Oti to the Sibi community.

He said the Assembly was working with other alternatives to get the people of Sibi water.

The DCE said the COVID-19 protocol of washing of hands had not been observed due to the situation.

“The Veronica buckets distributed by the Assembly and other stakeholders have been empty for months.”

Mr Jackai said the most affected were pregnant women, the youth and students.

Sources revealed that a week ago someone was bitten by a snake whilst a pregnant woman delivered on her way to search for water.

Some private schools have been closed down because students and teachers cannot get water to bathe and report to school on time, with government schools adjusting reporting and closing time for schools to enable the students search for water.