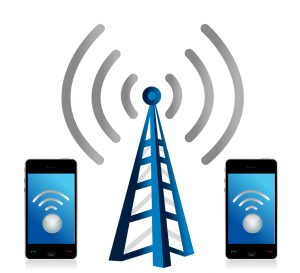 A Digital Services Finance Consultant, Kwame Oppong has described as untrue suggestions that the Bank of Ghana (BOG) is committing an amount of GHC 4.6billion of public funds into the proposed switch to interconnect mobile money transactions.

He explained that on the contrary, the said amount is to be provided by the private operator of the switch which is supposed to go into the digital infrastructure to be used for the interoperability.

Speaking on Joy FM’s News Analysis programme, NEWSFILE on Saturday, Mr Oppong said longterm operational considerations might have influenced the company’s decision to invest that quantum of money on the interface.

He said the company might have been compelled to consider operational cost over a period of time as against a simple set-up. “ It might be the case that the BOG wanted a broader interoperability, one that will lower costs and making more people financially inclusive”, he said.

He also described as false the notion that Sibton Switch will be handling public funds. “ They will not handle or be given public funds in any way. They will only monitor cashflows”, the Consultant explained and that position was corroborated by former Deputy Finance Minister, Mona Quartey.

A former Deputy Minister for Finance, Mona Quartey, contributing to the show said even though no money is being spent on the project, the benefits to the nation, especially the consuming masses and the state is enormous. For instance, Perhaps the better part of this consumer benefit argument also is the fact that consumers get to pay less under the interoperability arrangement. This is due to the way things occur in the central switch system; the more people (consumers, banks and telecommunication firms) are added, the less the consumer pays because the cost is then spread among all users.

The Editor-In-Chief of the Crusading Guide, Abdul Malik Kwaku Baako, also a discussant on the show, took a swipe at critics that the company that won the bid to build, operate and own a national switch to make mobile money transactions interoperable is too young and without track record.

According to him, the existence of other examples including that of KOSMOS Energy in the oil discovery era in Ghana defeats the arguments against Sibton Switch Systems who came on top of a Bank of Ghana (BOG) bid to interconnect electronic payments and transfers from next month.

Mr Baako said at the point of the current discussions, no infraction seems to have been committed by the central bank in awarding the contract to Sibton Switch and unclear whether any laws were violated and if the tendering process suffered any deficits.

“We know that neither government nor the Bank of Ghana is going to pay the purported GHC4.6 billion. That GHC 4.6 billion is actually the estimated projection for the cash flow of investment over a 15-year period”, he disclosed.

The contract for a third party to interoperate the electronic retail payment system was awarded to  Sibton Switch who are offering to execute the contract using a self-financing mechanism to raise GHC4.6 billion on their own to build a robust interface intended to ensure efficiency and safety, among numerous other benefits.

For example, in terms of safety, even though the telecommunication companies in Ghana have done pretty well over the years, one cannot ignore security issues resulting in common allegations of hacking, stolen passwords and missing funds, poor network among others. The presence of a third party providing inter-network operability will ensure there is greater degree or an improved reliability within the entire platform. Additionally, the sophisticated nature of the switch to be provided by Sibton Switch will guarantee a highly robust system with its attendant system integrity. That way, the consumer is assured of a hitch-free service any time of day, anytime of the year.

Another benefit to the consumer exist in the countries making up the West Africa Economic Monetary Union (WAEMU) and countries like Congo DR, Kenya, Liberia, Nigeria, Madagascar, Rwanda, Tanzania and Uganda. In these countries, the consumer can transfer funds from an E-money and/or deposit account to another account using a mobile device. He or she can do transfers including transferring e-money to other e-money, e-money to bank accounts or bank accounts to E-money, bank account to another bank account and all that is possible due to the presence of a third party to carryout an interoperability switch, according to the Alliance for Financial Inclusion (AFI). So whereas under the current status quo, transactions are allowed only among users of same network, consumers will be in a position to send money irrespective of the recipient’s telecommunication network. This is also because instead of the current arrangement of peer-to-peer switching, a central or one common national switch would have assumed control of the interconnecting all the operators.

In February this year, a well known Blogger, Chris Skinner reported that three leading MNOs – Vodacom, Millicom’s Tigo and Airtel – announced full interoperability. Vodacom’s participation means that over 16 million mobile money users in Tanzania will be able to send payments to each other, regardless of which mobile operator they use. That is a key achievement, with the country claiming to be the first in Africa with full interoperability.

In terms of employment opportunities, allowing a private company to undertake this task of interoperability alone means that the state or the government through the central bank will be seeking to deepen its collaboration with the private sector. The private company will be required to employ a certain appreciable number of people as staff. They will be made of highly technical professionals to helping hands. The company will need additional numbers to man its numerous Call Centers to be set up nationwide. Through their work, the Switch operator can include more users onto the platforms, which may mean that a lot more agents could be engaged in the chain. In the end, significant jobs are created out of this project alone.

Communications Director of the New Patriotic Party (NPP), Nana Akomea, who was contributing to the discussion said to the best of his understanding the nation is spending nothing on the project.

“The BOG is selling a service and the highest bidder gets it, that’s all, but a full disclosure by the bank is very necessary for public acceptance”, the former Information Minister said.

The Executive Director of ISODEC, Dr Steve Manteaw said giving the increasing value and the growing impact of the electronic payment arena, the intervention by the central bank to implement the interoperability concept is welcoming.