The country’s Health Ministry said in a statement that it has all the structures in place that was established during the 2014/15 Ebola response.

“We will build on our expertise and experience to mount a solid response that not only prevents the introduction of Ebola into the country but should the virus be introduced has a strong system that protects the lives of all Sierra Leoneans and interrupts the transmission of the virus,” said the statement.

With the border with Guinea currently closed, health authorities and local stakeholders in the districts bordering Guinea have been supported to heighten Ebola surveillance, and improve community awareness including appropriate preparedness measures, the statement added. 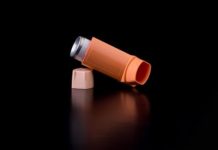