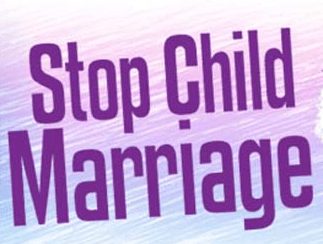 The Social Initiative for Literacy and Development Programme (SILDEP), has observed that a significant progress in the fight against child marriage could contribute to achieving the Sustainable Development Goals (SDGs) by half.

The non-governmental organisation believes that SDGs related to poverty, health, education, nutrition, food security, economic growth and gender inequality among others were all issues that could potentially be addressed by half if child marriage was possibly brought to an end.

Mr. Moses Dramani Luri, Chief Executive Officer (CEO) of SILDEP made the observation when the organisation commemorated the African Day of the Child with pupils of the United Basic School in Tumu in the Sissala East District of the Upper West Region.
He said despite efforts by some organisations including civil society targeted at ending child marriages in the Region, it still remained as one of the worse contributors of child marriage in the country.

Mr Luri noted that to help fight the child marriage menace, the organisation had been implementing the Girls Advocacy Alliance (GAA 2016-2020) project in the region with special focus on the Sissala West, Sissala East and Wa West Districts because of their peculiarities.

He said the GAA project was targeted at addressing four themes including “Child marriages”, “Commercial sexual exploitation of children and child sex tourism”, sexual violence and abuse, Technical/Vocational Education and Training and employment opportunities for girls and young women.

Mr Luri called on government to work with a wide range of stakeholders including civil society organisations (CSOs), communities, families, traditional and religious leaders, donors, international organisations and boys and girls to address the canker.
Madam Felicitas Gyilku, the Sissala East District Gender Desk Officer thanked SILDEP and encouraged it to organise more of such educative programmes in schools in the district to help empower the children to stand against child marriages in their various families and communities.

Ayishatu Batong Basuglo, a Form Two Student of United Basic School and a member of the Girls Club who read a speech on behalf of her colleagues noted that girls often face various impediments such as abuse, physical and sexual violence, exploitation and child marriage, various forms of discrimination and inequality which threatened the fulfillment of their potential.

She said every child had the right to education but in many schools inadequate teachers and facilities continue to hinder learning outcomes.
She appealed to government to post more teachers to the district to help make the free compulsory basic education meaningful.

Ayishatu proposed a career mentorship programme that aimed at exposing girls to careers in fields such as engineering, science and medicine.
She said such an internship programme would help boost girls’ confidence in these areas.
Every year on June 16, governments, CSOs, development partners and others across Africa celebrate the Day of the African Child.

This year’s theme: “Child Marriages and its Effects on National Development,” is a reminder of the linkages between the regional and global agenda on development and the importance of promoting child rights including child marriage.
GNA

Sustainable mining is crucial to Ghana’s achievement of SDGs