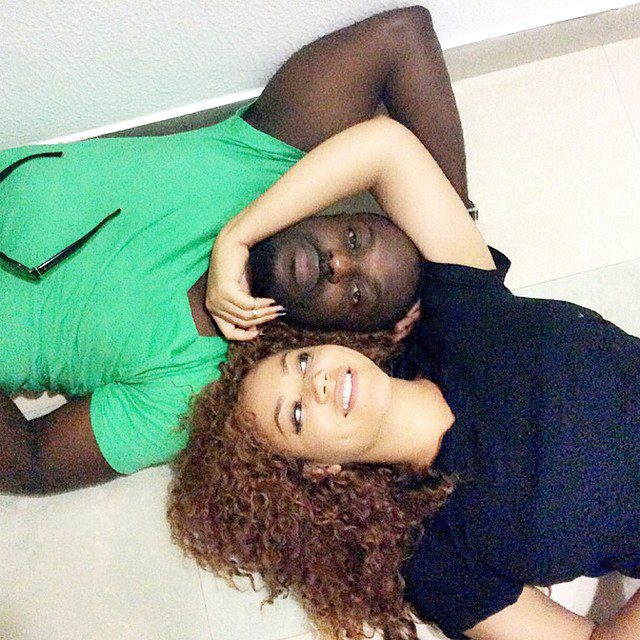 See how adorable Nadia Buari is, why make her feel as if she doesnt know what she is about.

For most of my readers who know me in person, they can testify how bad i am when it comes to love. I am good in getting a lot of things but when it comes to that Football Club titled love am never good enough and that is the reason i have been single these while.

Am not that coward like my brother here Jim Iyke is because i prefer to be single than to be in an on and off relationship like the Nadia Buari Jim Iyke Rhapsody Of Love.

As we all aware of, these two have been going out for a while now and today they are seen together, the next day they are separated. The little thing i know in love is, when it comes to something like this, it is the duty of the guy to make things fall on the right path. It is however the duty of Jim to make Nadia go officially or stay officially.

What is preventing him from putting a ring on her finger and officially announcing her as the one. Or on the contrary, why cant Jim be bold enough to say he is not dating Nadia hence, any one who wants to have her in his world has the visa to try it. Rather than acting like Konongo Kaya, you wont carry and wont also allow someone carry.

I doubt if that is the way these other Nigerian male celebrities love because someone like 2baba is proud in love and will always declare that to the world. Lets just see how Omotola Jalade is getting so much fun in her marriage world, very adorable and i know most of her female friends will wish to have that kind of marriage.

Why is Nadia Buari not getting something like this from Jim?

I dont really understand this on and off with these two, but as i said earlier on, if there is someone to make this whole thing right and straight, then it has to be Jim Iyke.

So i say Jim, please stop acting like a Konongo Kaya?and put that ring on her finger because we are getting fed up with you two.