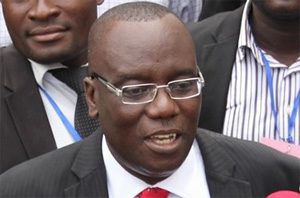 I am quite certain that if a meticulous statistician were to take a head count of the number of parliamentarians and prominent politicians who have mortally expired while they were actively engaged in their various policy-oriented endeavors in the country’s two major political parties, s/he would not come off with any significant figures indicative of the fact of members of either one of the parties under discussion dying relatively more often or faster than the other. 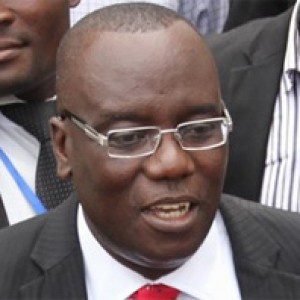 The generally accepted life expectancy of the proverbial average Ghanaian in recent years is about 60 years old, which is not to say that a quite remarkable number of Ghanaians do not die well past the age of 60, because oftentimes quite a considerable number of Ghanaians live well into their 70s, 80 and even 90s. Once awhile, we even hear of centenarian deaths.

Indeed, my own maternal great-grandfather, Nana Kwadwo Aboagye (aka Theodore Adolph Kwadwo Aboagye) of Akyem-Asiakwa and Asante-Dwaben, was one such personality. Two separate narratives of legend have him transitioning at the age of either 106 years or 116 years old. Today, there is a large tract of farmland at Akyem-Asiakwa, around the Twafuo River, or whatever remains of it today, called Nana Aboagye. It was named after my great-grandfather. Nana Aboagye actually used to own that vast parcel of arable land. By some accounts, the old man’s landed properties extended all the way to Akyem-Nsutam and Bunso.

And so this weird idea being superstitiously filtered into the public domain by some self-anointed and self-proclaimed prophetic men of God – and, by the way, they are mostly men – that, somehow, Divine Providence has something causative to do with the purportedly untimely deaths of such New Patriotic Party (NPP) stalwarts as former National Chairman Jake Obetsebi-Lamptey and, just a couple of days ago, Mr. Peter Wiafe-Peprah, the NPP’s Member of Parliament for Okwawu-Abetifi, has absolutely no basis in any authentic Christocentric creed. This is in no way either to rudely or summarily discount the inescapable impact or peremptory Hand of Divine Providence in human affairs. The fact of the matter is that as humans and mortals, it is death that singularly defines the terms of our existence. Life is immutably fluxional, it ebbs and flows without cease.

Amidst this characteristically facile and mundane talk about the apparently “incessant deaths” of prominent New Patriotic Party politicians, leaders and operatives – and as I hinted at the beginning of this article, death has neither spared politicians nor operatives and leaders of National Democratic Congress’ stripes – we have yet to hear of any proverbial voice of reason critically observe the fact that deaths are equally as incessant as deaths. In other words, even as many a prominent New Patriotic Party stalwart passes off the Shakespearean political stage into eternity or the “Ages,” as President Barack Obama noted about the passing of the immortalized Mr. Nelson R. Mandela, an equally innumerable bundles of human babies are being born by the second, and some are wont to say by the nanosecond.

The increasingly desperate theocratization of Ghanaian political culture can only mean one and only one thing – the exponential increase in the profit margins of those who have made trading in the morbid fear of death in exchange for buyable salvation, or indulgences, in Roman Catholic parlance, their professional, or occupational, predestination. The Founding-Fathers of the United States of America were fully cognizant of this kind of seamy parasitic sacralizing of the purely metaphysical and philosophical, thus their very perspicuous and sagacious decision to decree the constitutional separation of Christocentric liturgical cultural practice from the political culture of the here-and-now. In Ghana, too, the framers – or perhaps I should more aptly characterize them as the blind copycats – of our Fourth-Republican Constitution equally envisaged both the imperative and salutary need for the Separation of Church and State. Except that as a remarkably conservative people, we appear to be all-too-set in our jadedly superstitious ways of doing things to be able to realize that it is a wholly new day and time on Planet Earth.

Well, if you really care to know the unvarnished truth, dear reader: the incontrovertible fact of the matter is that people are dying unnecessary deaths in Ghana much more than in many other countries, because we simply refuse to wisely invest in the most efficient state-of-the-art life-saving technology in our hospitals, health centers and clinics. Rather, we prefer to inordinately engage in counterproductive political footballing to collective and communal life-saving sociocultural and moral enrichment. And so we almost invariably, at least the most economically well-placed among us, die well-moneyed but for the most part abjectly poor and irredeemably destitute, where a morally worthwhile existence is concerned.