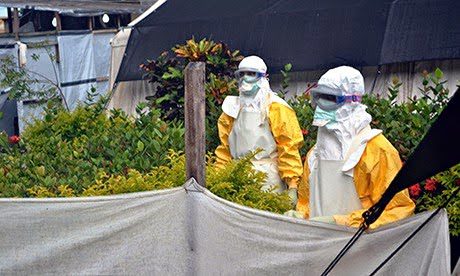 The sister of the first victim of Ebola virus disease in Port Harcourt, Rivers State, Dr. Iyke Samuel Enemuo, Chinyere, who also tested positive for the virus, has been discharged from the isolation centre, Oduoha ? Emohua. Rivers State Commissioner for Health, Dr. Sampson Parker, disclosed this to journalists in Port Harcourt on Monday morning. He said Chinyere has been successfully managed and is now negative and immune to the Ebola virus.  A primary contact of index case, Mr. Patrick Sawyer and also an ECOWAS official, had evaded surveillance in the last week of July 2014 and travelled out of Lagos to Port Harcourt where he consulted with the late doctor and was allegedly secretly treated for some symptoms. After four days, following a manhunt for him, the ECOWAS official returned to Lagos by which time he was found to be without symptoms. However, the doctor died after some days, with investigation and laboratory analysis showing that he died from EVD, which he must have contracted during the secluded treatment.  As a result, several contacts have been traced, registered and placed under surveillance, including his sister, Chinyere, who has now been successfully managed and discharged.