The special ad-hoc committee investigating the alleged bribery case against members of the Appointments Committee on Friday sat for less than an hour and adjourned sitting, asking witnesses to “stand by” on Monday. 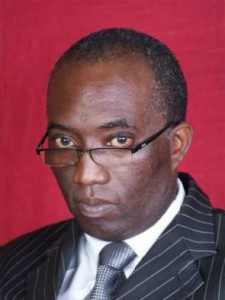 Mr Joseph Osei- Owusu, First Deputy Speaker and Chairman of the Appointments Committee, was the first to testify on Wednesday, when the public hearing on the alleged scandal began.

Mr Joe Ghartey, the Chairman of the bribery probe committee, had indicated at its first sitting on Wednesday that, four witnesses would be called; Mr Osei- Owusu, Mubarak Mohammed Muntaka, the Minority Chief Whip, MP for Asawase, Mahama Ayariga, MP for Bawku Central and Mr Boakye Agyarko, the Energy Minister.

However, the committee has admitted to hear Mr Samuel Okudzeto Ablakwa, MP for North Tongu, whom Mr Osei-Owusu had told committee that he Mr Ablakwa had said the alleged bribery was to “equalise” and or “spread” allegations of corruption against former President Mahama for the governing New Patriotic Party (NPP) to feel the heat of being tagged with corruption.

Mr Ablakwa, through a counsel and personal approach has requested for the transcript and recording of the first sitting at which his name was mentioned.

Mr Ghartey, a former Second Deputy Speaker; and MP for Essikado Ketan and Minister for Railways Development, said the adjournment was to grant Mr Ablakwa’s request for the transcript and recording of the first sitting, where the First Deputy Speaker and Chairman of Parliament’s Appointments committee, Joe Osei-Owusu appeared.

Mr Ghartey further threw an invitation to other Members of Appointments Committee, to come forth if they wished to give evidence, as well as MPs who were not members to witness proceedings as friends of the committee.

“We have agreed to oblige that request. We are taking steps to give him a copy and a transcript of the proceedings of that day, and when he receives it, he will be in a position to come before us,” Mr. Ghartey said.

Mr Ghartey said justice must not only be done but must be seen to be done to all the witnesses who will appear before the committee.

He also directed the Clerk of Parliament to within four hours serve all the witnesses to appear before the committee on Monday.

Mr Ablakwa, along with two other members of the minority on Appointments Committee Alhassan Suhuyini and Mahama Ayariga alleged that some monies were paid to them after the vetting of Energy Minister Boakye Agyarko to help facilitate his approval.

Mr Osei- Owusu, in statement on the floor had threatened to go to court to redeem his image, but that request was stood down for the special Joe Ghartey Committee.

Members of the committee are Ben Abdallah, MP for Offinso South; Mr B T Baba, MP for Talensi, Mr Magnus Kofi Amoatey, MP for Yilo Krobo; and Madam Ama Pomaa Boateng, MP for Juaben, who was replaced with Abena Durowaa Mensah, MP for Assin North, but has since returned from ECOWAS Parliament assignment.

The three MPs subsequently petitioned the Speaker of Parliament, Prof. Mike Oquaye to investigate the allegations.

Mr Ablakwa, Mr Ayariga and, Mr Alhassan Suhuyini, MP for for Tamale North have also petitioned the Speaker for an inquiry into the bribery allegation.
GNA/Newsghana.com.gh