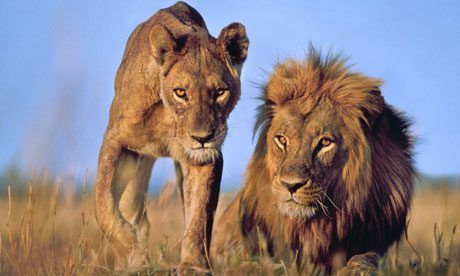 Six lions have been found dead after a suspected poisoning at the Otjomapenda cattle post near Palmfontein in Ehirovipuka conservancy in the Kunene region of northwest Namibia, the Environment Ministry spokesperson Romeo Muyunda said Sunday.

In a statement, Muyunda said ministry officials discovered six carcasses of collared male lions buried with stones and they suspect the lions were poisoned.

“The ministry staff found out that lion collars stopped sending signals and response prompting them to conduct the search. The operation lead to this gruesome discovery of the carcasses,” he said.

According to Muyunda, the police were informed and the ministry is carrying out further investigations in the area to see if there are more carcasses as the number of killed lions might increase. Enditem