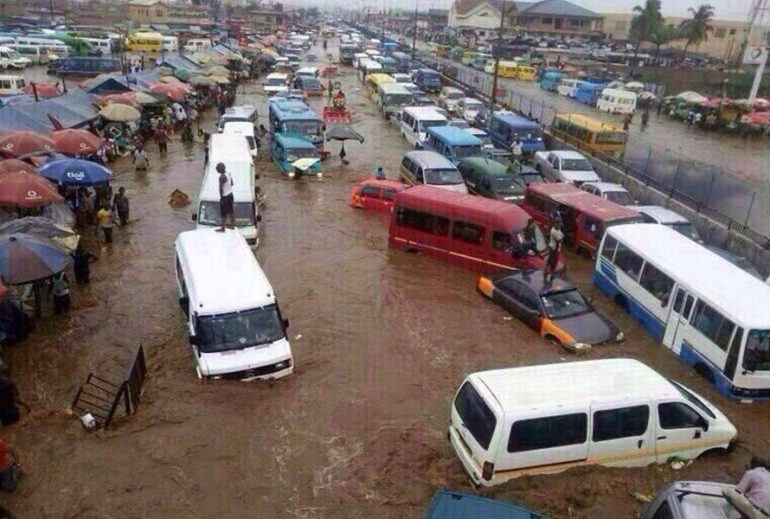 Many female sex workers who ply their trade at nightclubs, drinking spots and hotels around the June 3 disaster scene at the Kwame Nkrumah Circle have taken self-imposed leave.

The few of them who still go to those joints do not stay long because of the fear of any recurrence of the disaster.

Their fear is said to heighten whenever they remember their six colleagues who were among the 159 people killed in the June 3 flood and fire disaster.

Floods, resulting from torrential rains, brought Accra to its knees on June 3, 2015, with the attendant unimaginable loss of lives and destruction of properties.

About 159 people were killed at the GOIL filling station, near the GCB Bank Towers building that exploded during the rainfall.

Many of the victims of the filling station inferno were among others who had sought shelter there to escape the flood waters, the overflowing Odaw River and water-filled uncovered drains.

A visit to the Vienna City, the Cumberland Hotel and other entertainment joints around the disaster scene last Thursday night by the Daily Graphic team revealed that only a few of the sex workers were on ?duty?.

Many of the seats at the drinking spots were also empty as of 10 o?clock in the night.

?Six of the sex workers were killed in the fire. As a result, many of them have stopped coming here,? Mr Ginovibe Asabire, who sells cigarettes in front of the Vienna City, told the Daily Graphic.

?The few of them who come here will be talking about their colleagues who were killed. They will say that they were lucky they were not killed in the fire. Moments after, they will bid farewell that they are going home,? he said.

A seller of mobile phone call credit cards, Mr Omane Acheampong, said many of the clients of the sex workers and others who used to come for entertainment at the centre had stopped coming to the place.

He said a few of the people who came around would be staring at the burnt structures of the GOIL filling station and other adjoining buildings.

He said the sight of the burnt  structures scared the people away and they went away after a few minutes of staying around.

Traders in the area told the Daily Graphic that it was mainly the sex workers and their clients who patronised their wares at night.

The absence of many of the sex workers and their clients from the area had, therefore, affected their sales.

For instance, Mr Asabire said he made about GH?300 every night prior to the June 3 disaster.

But, according to him, he now struggled to get GH?100 per night.

For Mr Acheampong, who also charges mobile phones, patronage had gone down from between GH?500 and GH?600 per night to between GH?100 and GH?200 now.

?Things have gone bad now. It is difficult for our business. We do not make money like the way we used to,? he lamented.

The hitherto happy night gathering of families is also absent in most homes at the Kwame Nkrumah Circle area.

Following the June 3 disaster, some of the residents who live in storey buildings have vacated their rooms downstairs and moved upstairs.

As many as 30 people who spoke to the Daily Graphic, comprising grandparents, parents and children, said they slept upstairs.

Some of the people, who could not sleep in the crowded rooms upstairs, were lodging with their friends in other suburbs.

Others had also travelled to their hometowns to stay till the end of the rainy season.