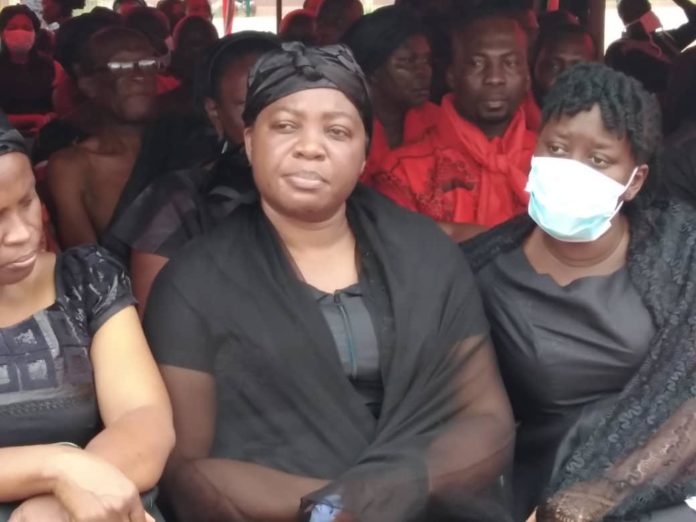 Mrs. Ophelia Hayford, wife of the murdered Member of Parliament (MP) for the Mfantseman Constituency, has retained the seat for the New Patriotic Party (NPP).

She polled 36,091 votes to beat the National Democratic Congress (NDC), aspirant who had 32,379 as well as the Ghana Union Movement (GUM) aspirant who got 911 votes.

The results indicated an increase in votes for the NPP and Mrs Ophelia Hayford, whose husband obtained 25,747 in the 2016 elections.

According to the Provisional results declared by Mr. Samuel Kwesi Yankson, the Returning Officer for Mfantseman, total number of valid votes for the Parliamentary seat was 69,381 with 892 rejected ballots.

In all, a total of 70,233 electorates cast their ballots against the expected 91,134 voters in 220 polling stations within 36 electoral areas in the Constituency.

Mrs Hayford in an interview with the Ghana News Agency (GNA), expressed profound gratitude to the electorates of Mfantseman for the support in her ‘tough times’ after her husband’s death.

She pledged to continue with the good works of her late husband and expressed the hope that the government under Nana Akufo Addo’s presidency would provide enough resources to better improve the lives of the people.

Mrs Hayford asked the people to unite to help the NPP transform lives and provide adequate development to the constituents for the betterment of all.

Mr Ekow Kwansah Hayford was murdered in cold blood by some gun-wielding men suspected to be armed robbers on the Abeadze Dominase Mankessim road when he was returning from a campaign trip on Friday, October 9.