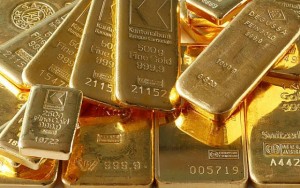 Gold prices edged up on Monday, propped up by a weaker dollar and sluggish economic data from the United States, while the Lunar New Year holiday in Asia was seen limiting gains.

* The dollar index, which measures the greenback against a basket of currencies, was down 0.2 percent.

* Gold demand in India improved, boosted by a fall in prices overseas, although some consumers are waiting in the hope that import duty will be cut in the government’s budget.

* Hedge funds and money managers added to their bullish position in COMEX copper contracts for a third straight week, in the week to Jan. 24, lifting it to a record, U.S. Commodity Futures Trading Commission (CFTC) data showed on Friday.

* Analysts have sharply scaled back expectations for gold prices this year after the metal’s weak fourth-quarter performance, with the prospect of further U.S. interest rate hikes and a bumper year for stocks weighing on interest in the metal.

* Analysts have hiked their 2017 palladium price forecasts on expectations that reflationary policies in the United States will boost growth, and consequently car sales, this year, even as forecasts for other precious metals such as platinum are cut.

* U.S. economic growth slowed sharply in the fourth quarter as a plunge in shipments of soybeans weighed on exports, but steady consumer spending and rising business investment pointed to sustained strength in domestic demand.

* Mark Carney, who has spent much of his time in charge of the Bank of England trying to signal what the central bank is planning, will probably say next week that he doesn’t know what its next move will be.