After the drizzle that had been falling all night finally stopped after breakfast, Chen Yuanfu and Chen Yuanyang, two brothers who live in a small village in southwest China’s Guizhou province, took out their equipment to make short videos about their stockaded village.

In their short videos, they would film family members and record interesting stories in the village, which is called Butang villagers’ group.

Located in the hinterland of the Wumeng Mountains, Butang villagers’ group in Gamu neighborhood, Bailidujuan administrative district of Guizhou’s Bijie city, used to be basically isolated from the outside world due to the high mountains and dense forests.

Last year, the two brothers quit their jobs in the cities, returned to their hometown and started to create short videos, something they had never imagined in the past.

“We could only get one channel on TV after installing the fishbone antenna high in the air, let alone making phone calls,” recalled the brothers.

According to Chen Yuanfu, when he was in elementary school, he was once poisoned after eating a kind of wild fruit, and his fellow villagers had to run several miles in the mountains to send him to a hospital.

Before finishing middle school, the two brothers left their hometown to work in other provinces. Back then, since communication device was still scarce in Butang, every time they wanted to talk to their parents by phone, they needed to first reach an acquaintance who lives in the nearest town, and then ask the acquaintance to bring their parents over to pick up the phone at an agreed time when they came to the town to buy things.

In 2008, Chen Yuanfu bought his first mobile phone with nearly two months’ salary. However, when he returned home for the Spring Festival that year, the mobile phone, which he thought would make his friends so envious of him, couldn’t find any signal in the small village.

A few years ago, the two brothers learnt how to make short videos. They wanted to make videos of the landforms and scenery of their hometown and post them online, but the idea was not realized because of poor signal.

In 2019, the over 280 residents of 62 families of Butang villagers’ group finally saw a turning point in the communication situation when Guizhou province started to implement the fifth batch of pilot projects for universal telecom services and planned to build 3,513 4G base stations in five cities and autonomous prefectures including Bijie, in a bid to cover remote mountainous areas with 4G signals.

To make more residents benefit from 4G signals, the branch of China Mobile Group Guizhou Co., Ltd. in Bailidujuan administrative district decided to locate a base station on the top of an about 300-meter-high mountain behind the house of the two brothers.

To the surprise of Ge Zhixian, manager of the branch of China Mobile Group Guizhou Co., Ltd. in Bailidujuan administrative district, the construction of the base station in Butang villagers’ group took much longer than expected 20 days or so.

There was no road to the top of the mountain, and it took technicians one and a half hours to climb up the mountain. Besides, they could find no way to use large-scale machinery and equipment for the construction.

Eventually, the construction team found a local transport team that carried things with mules and horses. The construction materials were then carried to the mountain top bit by bit on the backs of mules, horses, and people.

After three months of painstaking efforts, the 4G base station was completed by the end of 2019.

Since it got stable network coverage, the quiet Butang villagers’ group has quickly become boisterous as villagers had broadband installed at their homes and started a craze for smart phones and TV sets.

Meanwhile, Chen Yuanfu and his brother Chen Yuanyang decided to stay in their hometown and start their own business. Within about a year, they created more than 300 short videos, and attracted several hundred thousand followers. One of their videos has gained more than seven million views.

As they have been known by more and more people, some companies and shops in their county began to ask them to advertise their products, according to the brothers, who said that their income is more than what they used to make as migrant workers.

At present, the two brothers, who are basically Internet celebrities in their hometown, are preparing themselves for rural e-commerce. They want to promote local specialties on online shopping platforms and help increase the income of their fellow villagers.

In fact, just like Butang villagers’ group, many villages in remote mountainous areas of Guizhou have achieved leapfrog development because of access to the Internet.

During China’s 13th Five-Year Plan (2016-2020) period, Guizhou took part in the implementation of five batches of the country’s national pilot projects for universal telecom services, completed the construction and transformation of the optical fiber facilities in 8,900 administrative villages, and newly built 5,047 4G base stations. By the end of last year, Guizhou had covered all its natural villages with more than 30 households with 4G networks. 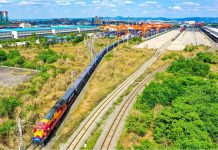 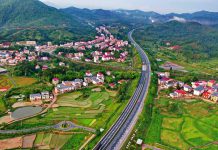 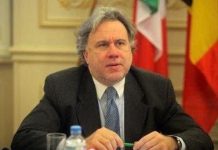 Belt and Road cooperation a path of hope for countries 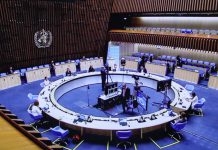