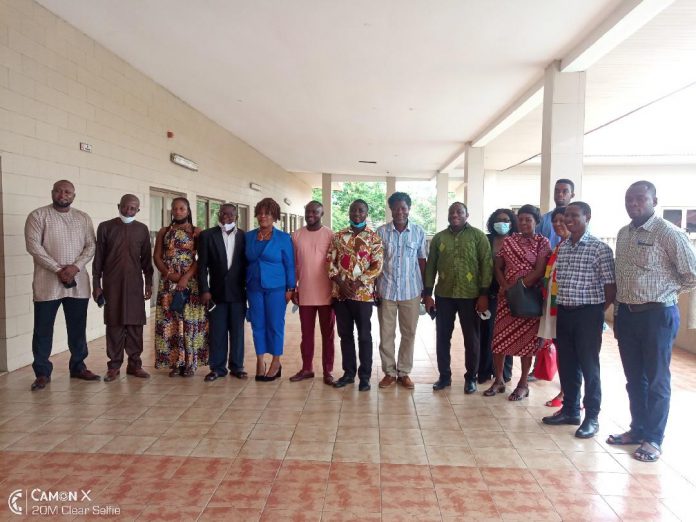 The Institute of Democratic Governance (IDEG), independent, not-for-profit policy research and advocacy organisation, has urged smaller political parties in the country to restrategise to reverse their dwindling fortunes in national elections.

Mr Kwesi Jonah, a Senior Research Fellow, IDEG, said since 1992, there had been a consistent pattern of poor performance of the small parties in national elections, which was not good for Ghana’s democratic dispensation.

“Now, they are not represented in Parliament and if people think that this is a development that started only in 2016, this is not the case.”

The workshop was on the theme “Strengthening Smaller Parties in Multiparty Local Governance – Which Way Forward?”

It was organized by IDEG and attended by smaller political parties such as the National Democratic Party (NDP), the Great Consolidated Popular Party (GCPP), the United Front Party (UFP), and the All People’s Congress (APC).

Out of the 27 registered political parties in Ghana, 25 (93 per cent) are smaller parties but they have no seat in Parliament.

Ghana’s multiparty democracy has become a two-party or duopolistic system.

The duopolistic political parties, the New Patriotic Party (NPP), which is the current ruling party, and the National Democratic Congress (NDC), which is the opposition in Parliament, have alternated roles as government and opposition.

While the two main parties have dominated the country’s democratic politics, the smaller parties have become increasingly marginalised and powerless.

Mr Jonah recounted that the records showed that there was a time that the smaller parties had nine seats in Parliament, however consistently they had lost the seats gradually and gradually until 2016 when they had no seats and the same thing in the 2020 elections.

“If you check the presidential election results, it is the same story, there, it is even worse; the percentage of votes that the small parties account for has been declining since 1992,” he said.

He said their assumption had always been that if the parties were not doing so well in national election, then perhaps if they were allowed to part-take in local elections, it would be good for them.

That, he said was because some of the smaller parties were so strong in some districts and constituencies and that if they were allowed to participate in metropolitan, municipal and district assemblies (MMDAs) elections, they would probably be able to perform better.

Mr Jonah said the smaller parties were relevant because democracy was about inclusiveness, getting everybody involved.

“If we had a few smaller parties represented in Ghana’s Parliament, maybe the situation that we are having now will be slightly different.”

He said some reasons for the poor performance of the smaller parties in national elections were uneven playing field, fundamental organisational problems, and financial constraints; stating that due to financial constraints, the small parties did not have many offices across the country as the NDC and the NPP.

Mr Citizen Ato Dadzie, General Secretary, GCPP, told the GNA that one of the main reasons for the underperformance of the smaller parties in national elections was that their camps were being infiltrated by the two leading parties.

He, therefore, urged the smaller parties to ally to contest future national elections.