The EC served notice to political parties that it will ban parties which have failed to meet the requirements of the political party’s law. 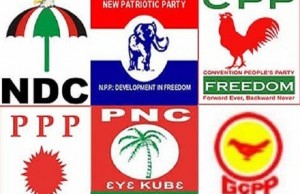 It argued most of these smaller parties do not have offices across the country as directed by the law.

To give force to its plans, the EC gave the parties the end of May to fulfil the requirement else risk being banned.

However, as the EC convenes a crucial Inter-Party Advisory Committee (IPAC) meeting on May 19, the political parties said they are still in the process of upgrading and will call on the EC to give them an extension.

Speaking to Joy News ahead of the meeting, National Chairman of the Convention People’s Party (CPP), Professor Edmund Delle said the only alternative out of this issue would be for the EC to dialogue with them to ensure that no party is disfavoured.

He said some of the smaller parties were at the previous IPAC meeting and he is optimistic they will turn for the crucial meeting to plead with the EC.

On his part, National Chairman of the People’s National Convention (PNC), Bernard Mornah, described the situation as “unfortunate” but necessary.

According to him, a visit to some alleged offices of the smaller parties will reveal the truth that most of these offices are nothing but a relic of themselves.

“The best you can see is that it is painted in our party’s colours beyond that not even a table not to talk about a chair,” he said.

“What are we pretending about, who are we deceiving?” he asked amidst frustration.

He, however, called on the EC to be tacit and ensure that nobody is wrongfully dealt a terrible blow as it goes ahead with its plans.