Residents of the Wa East District of the Upper West Region are worried over the shortage of snake vile as against the increasing number of snake bites in the district. 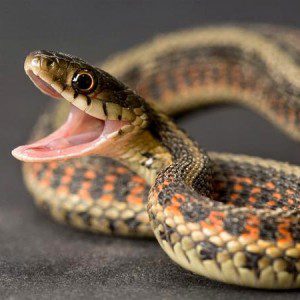 The residents who are worried about the situation as they keep on losing their loved ones to the snake bites have therefore appealed to authorities to urgently respond to their appeal to save lives in the district.

Mr Yussif Basuglo, a native of Yaala and a Circuit Supervisor for Kundugu Circuit of the Ghana Education Service (GES) in the district expressed the concern during the maiden workers forum held in Funsi in the district.
“The vile is not available and even when the little comes in it is sold at either GHC450.00 or GHC500.00 depending on the demand as against the quantity available”, he said.

Mr Basuglo who just lost a sister a couple of days to snake bite noted that a small boy also got bitten by a snake at the funeral grounds of his sister.

“Five other snakes were killed at the same funeral” he said and expressed fear that a lot more people may just be losing their lives to these snake bites if nothing was done to address the situation.

Mr Timothy N-beenaba, a native of Kunyebin and also a Circuit Supervisor for Funsi Circuit of the GES in the District said this year the poisonous snakes were in abundance because of the poor rainfall pattern in the area.

He observed that a good rainfall pattern would often cause the destruction of the eggs laid by the snakes and even some would die to reduce the population.

Meanwhile, the only ambulance in the district has also broken down, a situation that has made it difficult for emergency cases to be easily transported to either Wa or Jirapa Hospitals due to the lack of a district hospital in the district.

Another challenge confronting effective health delivery in the district is the lack of adequate motorbikes to enable health staff to move to communities to attend to their health needs.

Telecommunication network in the district is also one of the poorest in the region – a situation that is making it difficult for health staff in remote communities to make a simple call to their superiors for advice on how to handle certain emergency cases before referral.

Alhaji Sulemana Alhassan, Upper West Regional Minister thanked the workers for the sacrifices they were making to help propel the development of the district and assured them that they would prioritize their challenges and see how best they could help in addressing them.

The maiden workers forum is an initiative of the Upper West Regional Coordinating Council (RCC) which is to afford the Regional Minister and the Heads of Departments the opportunity to interact with workers in order to understand the challenges confronting them at their various work places so they could fashion out strategies to help address them.