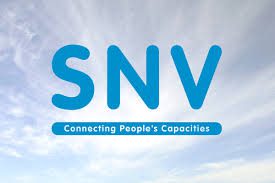 The Netherlands Development Organisation (SNV) at the weekend trained some artisans on how to build identified improved cookstoves as means of flooding the market with the stoves to encourage their use. Mr Enno Heijndermans, Country Renewable Sector Leader of SNV speaking during a Stakeholder’s open day at Gurugu, a suburb of Tamale observed that, there were many complex causes of deforestation and climate change particularly in Ghana and within the West African Sub-Region, which called for the need to adopt ways of preserving the forests.

Mr Heijndermans said the extraction of wood as fuel and for charcoal production played a significant and increasing role in deforestation, especially if these fuels were used unsustainably, on in-efficient traditional cook stoves.

The open day activity formed part of a one month Regional Improved Cook stoves Technology Transfer programme, held by SNV in Ghana in partnership with its other offices in Burkina Faso, Mali, and Niger.

He said the trainees together with their Master Masons had also developed a new 3-pot improved institutional cookstove technology called the MATMOT Stove, which was equally suitable for different types of cooking associated with agro processing in the sub-region.

Mr Alex Kwame Donyinah, a project management consultant with SNV, said the EPGAP Project was aimed at introducing improved cook stoves (ICS) and other renewable energy technologies to agro processing businesses, as well as the establishment of woodlots to supply sustainable fuel for these industries.

He said the project was operating in 13 districts in Ashanti, Northern, Upper East and Upper West Regions of Ghana, and indicated that the EPGAP Project had so far installed a total of 120 improved institutional cook stoves for agro-processors in Shea butter production, Pito brewing and Rice Parboiling activities.

He explained that each stove built had a minimum efficiency of 40 per cent over traditional (tripod) stoves, and that the target was to install a minimum of 600 of these improved institutional cook stoves by December 2015.

He expressed the hope that training more builders will enhance the dissemination and access of improved cook stove technologies in countries including Ghana where they were most needed, thereby reducing the country?s vulnerability to deforestation and climate change.

The programme brought together representatives from relevant ministries, departments and agencies to see how best they could come together to support the promotion of identified improved cook stove technologies.

It sought to train Artisans from Ghana, Burkina Faso, Mali, and Niger on identified Improved Cook stoves technologies in the sub-region, while offering opportunity for stove testing and comparing performance.