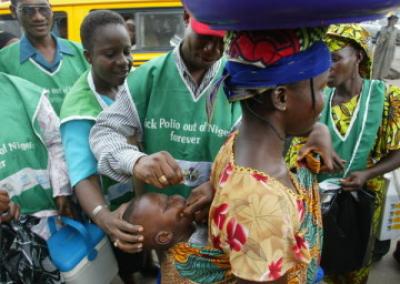 About 700 cases of rejection of the Polio vaccines were recorded in Illela Local Government of Sokoto State during the Sept. 2014 round of the National Polio Immunisation Plus Days (NIPDs).
The Acting Director of Health in the area, Alhaji Abubakar Akoda, disclosed this in Illela on Saturday while briefing members of the group -Journalists Against Polio.
Members of the group were in the area to monitor the Nov. 2014 round of the NIPDs in the seven high risk local government areas of the state.
The high risk areas are: Illela, Gwadabawa, Kware, Wamakko, Sokoto North, Sokoto South and Isa.
Akoda said that 45 per cent of the rejection cases of the polio vaccines or non-compliance were recorded in Illela, the headquarters of Illela local government, Garu, Tozai, Kalmalo and Runguma-Gati.
“The cases were amicably resolved and the children had since been immunised against the debilitating disease.??
Akoda stated that about 98,000 children aged five years and below were being targeted during the ongoing four-day immunisation.
He announced that 540 health officials were conducting the exercise in the area, with another team of 79 officials conducting it in some communities sharing boundaries with Republic of Niger.
The communities are: Jema, Araba, Hunguwar-Ja’o, Bulke, Tabanni, Bakin-Dutse and Gidan Customs.
“This is being done based on our sustained cooperation with our colleagues in the neighbouring Niger Republic.
“This is with the view to making sure that all the eligible children in Nigeria and Niger Republic are fully immunised to protect them from the killer-disease??, Akoda explained.

9,567 children in Akuapim South to be vaccinated against polio