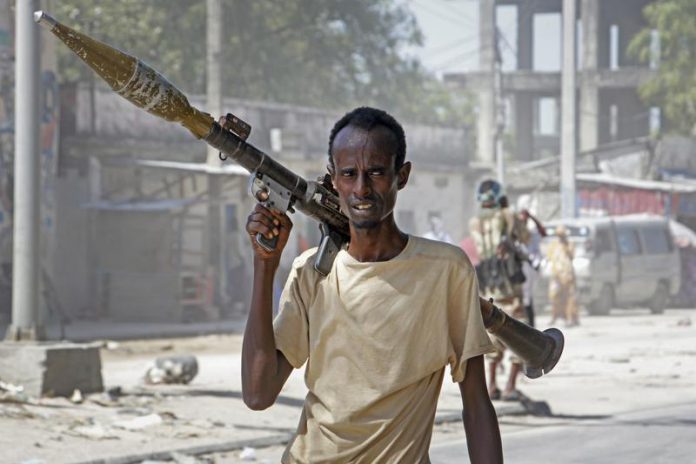 Somali National Army (SNA) said Monday its forces have killed more than 300 al-Shabab militants and injured several others during joint security operations in central and southern regions in less than a month.

The SNA commanders who led the operations told the military radio that the joint security forces liberated five towns and 16 villages in Mudug, Hiran, Lower and Middle Shabelle and Lower Jubba regions.

The SNA, which has intensified security operations across the country amid national elections, has vowed to sustain the onslaught against the militant group until their fighters are subdued, saying the elite forces Danab on Sunday killed 19 al-Shabab militants in separate joint operations in the southern region.

The SNA forces killed ten al-Shabab militants and destroyed four explosive-laden vehicles which were en route to Mogadishu, the capital of Somalia, in a planned operation in Dugule and Farsole villages in the Lower Shabelle region, while nine other terrorists were killed earlier Sunday near Baidoa in the Bay region, southwest Somalia, said the military.

The government forces have intensified operations against al-Shabab fighters in southern and central regions in the recent past, but the militants are still in control of the rural areas of those regions, conducting ambushes and planting landmines. Enditem