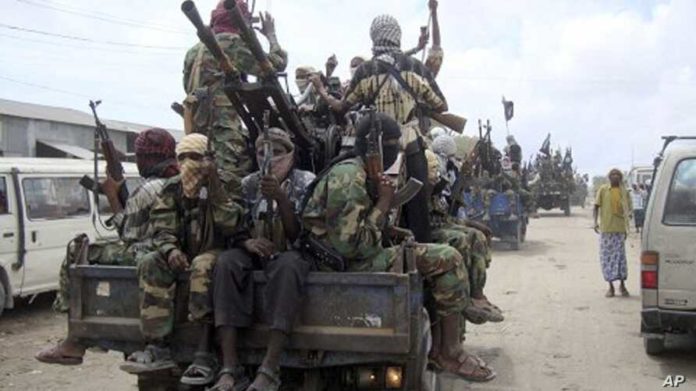 Somali National Army (SNA) said Sunday its forces killed 24 al-Shabab terrorists after a foiled terror attack on its military base in the southern town of Diinsoor on Saturday night.

The SNA said al-Shabab terrorists tried thrice to launch an attack on the army base in Bay region but the troops successfully repulsed them and instead killed 24 terrorists.

The army said in a brief statement that its forces recovered weapons used by the al-Shabab to kill and maim people during an operation which was conducted after the foiled terrorist attack.

Diinsoor district, a strategic town, is approximately 100 km from Baidoa and is located on the border of Bay where the army has strong defensive units.

Meanwhile, SNA said it has captured al-Shabab base in Orshe village about 50 km east of Dhusamareb, the capital city of Galmudug state.The special forces Gorgor carried out the operation in the early hours of Sunday when the terrorists suffered a huge loss.