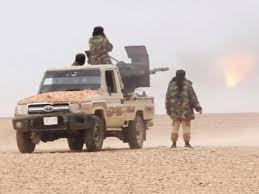 Driven by neo-interventionism and under the pretense of promoting so-called human rights and democracy, the United States and its Western allies have created in Syria one of the world’s largest humanitarian tragedies.

Since the crisis in Syria began a decade ago, the Middle Eastern country has been torn into almost unrecognizable pieces, while hopes for peace remain pitifully murky at best. Yet Western meddling has hardly abated, even after the pandemic outbreak.

The deaths of hundreds of thousands of Syrians as well as the displacement of millions more have further revealed the hypocritical nature of neo-interventionism and the dangers it still poses for the wider world.

Following the Cold War, neo-interventionism has been abused by Washington and some Western capitals as a handy excuse to legitimize a blunt interference around the world.

In public, the advocates of neo-interventionism pretend to be noble; in private, they are anything but. They effuse improving human rights, yet have produced a string of human rights disasters in Afghanistan, Iraq, Libya, Syria and several other places across the world.

Western interference has also gravely eroded the existing international order, and violated the principles of the United Nations Charter as well as the basic norms of international relations.

What remains ironic is that while Western interventionists are trying to lecture others over human rights and so-called universal values, the human rights situation back in their own countries is troubling. In the United States, discrimination remains widespread against non-white minorities, and the country’s horrific handling of the coronavirus pandemic has left half a million dead and tens of millions infected.

There is a price for everything. Western powers must now swallow the bitter fruits of their own making. The turbulence across much of the Arab world that started in the early 2010s has so far forced millions of refugees to flee their homelands, and largely posed for Europe unprecedented security and immigration challenges.

In Syria and Iraq, Western interference has sparked civil conflicts, resulting in a hotbed of terrorism and other extremist ideas. As a result, counter-terrorism pressure in the region has sharply spiked for Western powers.

Regrettably, these humanitarian atrocities are not catastrophic enough to force these so-called human rights defenders to cease and desist. Instead, they continue using the same old pretexts to justify overseas interventions.

At the 46th session of the UN Human Rights Council, a group of developing countries condemned the unilateral coercive measures imposed by some Western countries. These measures have seriously violated human rights, and interfered in national sovereignty and internal affairs of nations, said the statement.

The Syrian crisis has run a full decade now, with no end in sight. The international community must work together to ensure no such tragedy happens again. To do that, the United States and its Western allies must end their condescending approach to human rights once and for all.

Report About Fighting in Northern Afghanistan Not True – Taliban

YEAR IN REVIEW – Hasty US Withdrawal From Afghanistan Led to Taliban’s Takeover, Leaving Allies in Limbo

‘We’re in Exile Due to US:’ Activist Who Fled Taliban Dreams of Returning to Afghanistan