Over 300,000 rooms in seven districts in the Northern Region are to be sprayed as part of the Indoor Residual Spraying Campaign to prevent malaria. 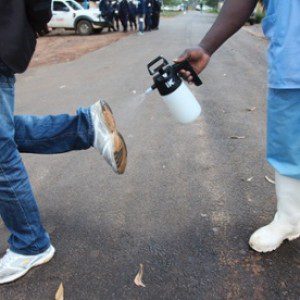 The 30-day Indoor Residual Spraying Campaign will begin from April 25, and end on May 29, in the beneficiary districts, which include Bunkpurugu Yunyoo, East Mamprusi, West Mamprusi, Kumbungu, Mamprugu Moaduri, Gushegu and Karaga.

Mr Ernest Fletcher, Country Operations Manager at the Africa Indoor Residual Spraying (AIRS), who elaborated on the campaign during its launch at Karaga, said rooms and walls of houses in malaria-prone communities would be sprayed with long lasting insecticides to prevent malaria.

Mr Fletcher encouraged the sprayers and beneficiaries to observe the necessary precautions during the spraying exercise to ensure success of the campaign.

Dr Yemane Yidhego, Chief of Party at AIRS called on beneficiaries to give access to the spraying operators to spray all rooms to avoid malaria, which killed a lot of people in the country in previous years.

During the launch, community spray operators demonstrated how the spraying would be done and the precautions to be taken before, during and after the spraying exercise.