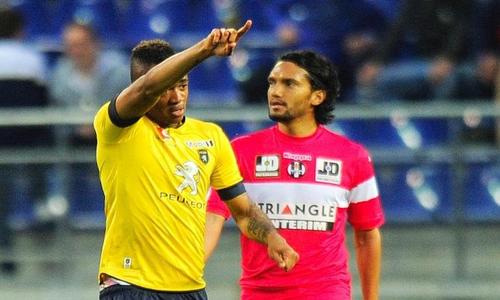 Ghana captain Asamoah Gyan scored a hat-trick for Al Ain in the UAE Pro League to take his season?s tally to 24 goals while Jordan Ayew also got on target for Sochaux in the French Ligue 1. 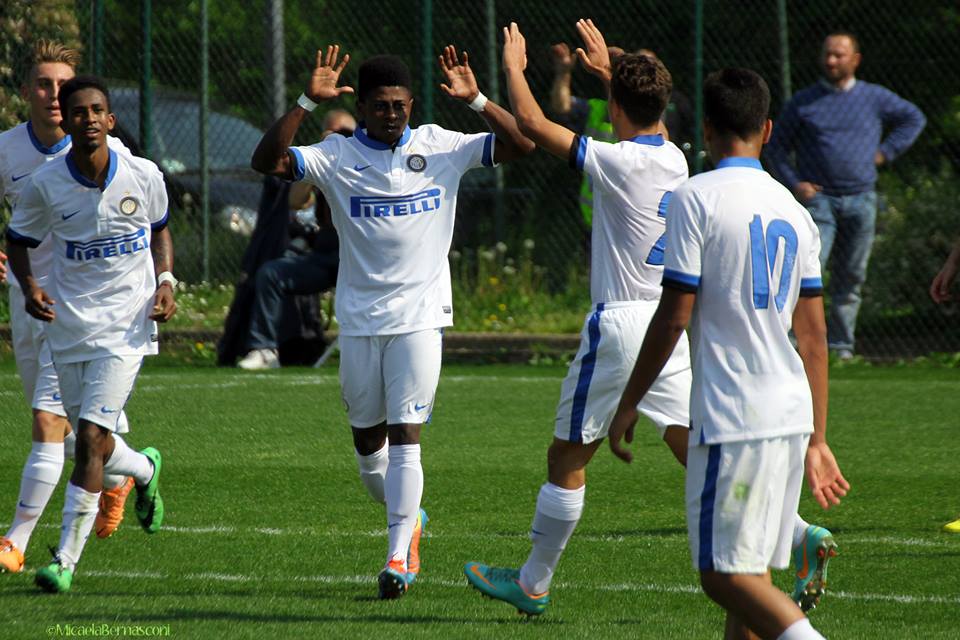 GHANAsoccernet.com?s Akyereko Frimpong Manson has a comprehensive report on how Ghanaian players fared abroad over the weekend.

Fulham enhanced their relegation survival chances after beating Norwich City 1-0 at the Craven Cottage. Ghana midfielder Derek Boateng could not make the first team squad for the game.

Emmanuel Frimpong was not in the Barnsley team that slipped to a 1-0 away defeat to Bolton Wanderers.

Black Stars winger Albert Adomah was a full-timer for ten-man Middlesbrough side which posted a 1-0 victory over second-placed Burnley.

In the League One, former Liverpool youth team striker David Amoo played the entire 90 minutes for Carlisle United who suffered a 6-1 demolition at Preston North End on Saturday.

Crawley Town boosted their season with a 2-0 away victory over Milton Keynes Dons. Crystal Palace loanee Hiram Boateng was not in the Crawley team.

Abdul Osman was not in the Crewe Alexandra team that suffered a 2-0 defeat to leaders Wolverhampton Wanderers on Saturday afternoon.

Andre Ayew was influential once more for Olympique Marseille who posted a 3-2 victory Montpellier on Friday night. He set up Mathieu Valbuena for Marseille?s opening goal.

John Boye was unused by Stade Rennes who slipped to a 1-0 home loss to second-placed AS Monaco at the Stade de la Route de Lorient.

Striker Jordan Ayew scored the first and set up the second goal for Sochaux who posted a 2-0 victory over Toulouse. He was replaced in the 73rd minute by Emmanuel Mayuka.

In the Ligue 2, AS Monaco loanee Dennis Appiah played 90 minutes and helped Caen to defeat Istres 3-2.

In the reserves league French-born Kevin Osei was in 78 minutes of action for Olympique Marseille II who posted a 2-1 victory over Vaulx.

Former Ghana U17 midfielder Charles Boateng played the entire 90 minutes for Avranches who held Viry-Ch?tillon to a 1-1 draw.

In the Pro League Championship Play-offs, Anderlecht moved third after beating Lokeren 2-1 at their own backyard. Neither Eugene Nana Ansah nor Frank Acheampong was in the Lokeren and Anderlecht teams. But Dennis Odoi was in full time action for Lokeren.

In the challenge for a spot in next season?s Europa League, Nana Akwasi Asare helped KAA Gent to post a 2-1 victory over Waasland-Beveren.

Neither Abdul Yakinu-Iddi nor Jerry Vandam was in the KV Mechelen team that got hammered 4-1 by Kortrijk.

In the Second Division, defender Stephen Asamoah played 90 minutes and helped AS Eupen to beat Sint-Truiden 3-0.

Belgian-born duo Patrick Asubonteng and Marvin Ofori-Appiah were both in action for Dessel Sports who lost 2-0 to Hoogstraten.

Stab?k slipped to third-place after after succumbing to a 2-0 home defeat to Molde. On-loan Club Brugge midfielder Enock Adu Kofi played the entire match for Stab?k.

Mahatma Otoo set up the second goal for Sogndal who suffered a 4-2 loss at Bod? / Glimt in the Norwegian top-flight.

Stromsgodset moved back to the summit of the table after posting a 2-0 victory over Aalesund. Ghana duo Adam Kwarasey and Mohammed Abu played the entire regulation minutes for Stromsgodset. Nana Boateng missed the game with a long-term injury.

Ghanaian winger Ernest Asante played 64 minutes for IK Start who held Sarpsborg 08 to a 1-1 drawn game at the Sarpsborg Stadion.

In  the second tier league, former Ghana U17 captain Paul Addo played the entire duration of the match for Bryne who lost 2-1 to B?rum.

Aziz Idris played in midfield for Hamkam who suffered a 3-1 away defeat to Nest-Sotra.

Francis Dickoh played at the heart of defence for Midtjylland who suffered yet another defeat after losing 2-0 to Odense BK. Compatriot Kolja Afriyie sat on the Midtjylland bench.

Danish-born Danny Amankwaah was introduced in the 79th minute by FC K?benhavn who defeated AGF 1-0 on Sunday.

?tvidaberg went second on the table after posting a 2-0 win over Falkenberg. Former Fetteh Feyenoord midfielder Mohammed Abubakar was in full time action for ?tvidaberg but Godsway Donyoh could not make the Falkenberg squad for the game.

Zakaria Abdullai could not make the Gefle 18-man squad for their visit to Malmo FF which ended in a 1-0 defeat.

Newly-promoted ?rebro surprisingly held giants AIK Solna to a 1-1 draw at the Friends Arena. 2013 Ghana U20 defender Ebenezer Ofori started the game and played 90 minutes but Moro Ibrahim was introduced in the 78th minute by AIK. Defender Sam Mensah played for ?rebro and was booked on the 40th minute.

David Accam scored a crashing 78th minute goal for Helsingborg IF who steered back from 2-1 down to beat BK Hacken 4-2 at the Olympia. Ema Boateng missed the game with a back injury while Nasiru Mohammed sat on visitors bench.

King Osei Gyan was a full-timer for Halmstad BK who were held to a 0-0 draw by Norrk?ping.

In the four-tier division, German-born Nick Amartey Scharkowski played for H?rn?sand in their 2-0 home loss to Boden.

Samuel Afum scored in the 30th minute for Young Boys who held FC Zurich to a 2-2 draw. The former Hearts of Oak man was replaced in the 92nd minute.

FC Basel handed down a 1-0 defeat to FC Sion. Striker Ebenezer Assifuah came off the bench in the 53rd minute to play for Sion but Ishmael Yartey sat on the bench.

Asamoah Gyan scored a hat-trick for Al Ain who condemned Al Shaab to a 5-0 defeat and push them to relegation.

John Antwi scored his 8th goal of the season after scoring for Ismaily to help them beat Al Masry 2-0.

Defender Kodjo Amevor was unused by Go Ahead Eagles who lost 2-0 to Heerenveen. 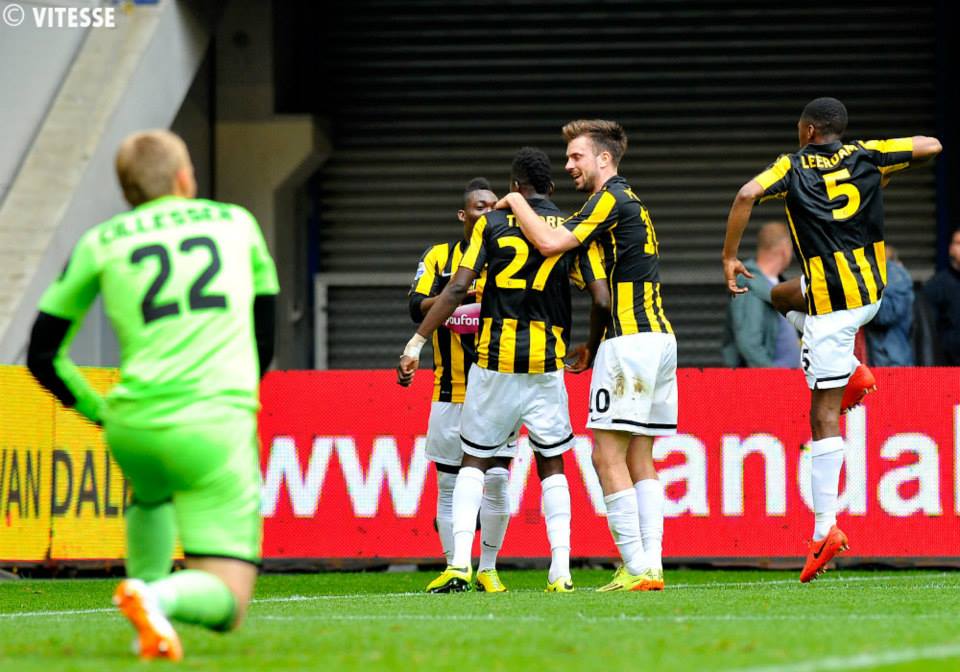 Black Stars winger Christian Atsu scored a 39th minute consolation goal for Vitesse Arnhem who succumbed to a 4-3 defeat at Cambuur. Feyenoord loanee Elvis Manu was influential in the Cambuur victory and played 64 minutes of the game.

Shadrach Eghan was not in the FC Twente team that hammered Roda JC 3-0 on Saturday.

Youngster Raymond Gyasi could not make the AZ Alkmaar squad which drew 1-1 with NEC.

Matthew Amoah came off the Heracles bench to play the entire second-half in their 2-1 reverse at FC Utrecht. Kwame Quansah and Edwin Gyasi were not in the team.

RKC Waalwijk and PEC Zwolle shared the spoils in a 1-1 drawn game at the Mandemakers Stadion. Mitch Apau and Fred Benson both played 90 minutes for RKC and Waalwijk respectively.

In the second-tier league, Patrick Amoah was unused by Fortuna Sittard who posted a 2-1 victory over VVV Venlo.

Dordrecht enhanced their promotion chances with a 3-2 victory over Oss. Winger Erixon Danso was not in the Dordrecht team but Jonathan Opoku played the entire 90 minutes for Oss.

Volendam edged Jong Ajax 1-0. Neither Elton Acolatse nor Kevin Tete was in the Jong Ajax team.

Jerry Akaminko was not in the Eski?ehirspor team that drew 2-2 with Trabzonspor.

In the Lig 1, 1461 suffered another setback after losing 2-1 at Manisaspor on Sunday. Shaibu Yakubu returned from injury but was unused. Torric Jebrin was also not in their squad for the game due to injury.

Richard Kingson?s howlers poorly affected Balikesirspor as they suffered a 3-1 loss at Karsiayaka. Kwame Karikari missed the game with injury.

Rabiu Mohammed returned from injury to play the ast 10 minutes for Kuban? Krasnodar who posted a 2-0 win over Rubin Kazan in the Russian Premier League. Wakaso Mubarak could not make the Kazan team for the game.

Mohammed Fuseini did not play for Terek Grozny who won 3-0 against Rostov on Sunday.

Sassuolo continue to languish in the relegation zone after drawing 1-1 with Cagliari. Ghana midfielder Raman Chibsah was unused by Sassuolo for the game.

Afriyie Acquah was a full-timer for Parma who managed a 1-1 draw at Bologna.

Out-of-favour Alfred Duncan came off the bench in the 54th minute to play for Livorno who lost 4-2 to Chievo Verona in the Serie A.

Youngster Godfred Donsah lost his place in the Hellas Verona first team squad this weekend as they suffered a 5-3 home defeat to Fiorentina.

Injured Ghana pair Sulley Muntari and Michael Essien watched from the stands at the Giuseppe Meazza when their AC Milan side pipped Catania 1-0. Kingsley Boateng came off the bench in the 82nd minute to play against his parent club.

In the Serie B, Cesena were beaten 2-0 by Spezia. Moro Al-Hassan and Nii Nortey Ashong came off the bench in the second half to play for Cesena and Spezia respectively.

Former Inter Milan youth team Isaac Ntow started the game for Brescia but was forced off with injury after just 27 minutes of their 1-0 victory over Avellino.

Amidu Salifu played 57 minutes for Modena in their 4-2 win over Juve Stabia.

Masahudu Alhassan played the full 90 minutes for Latina who 4-1 over Novara.

In the U17 league, Samuel Darko Appiah scored the second goal for Inter Milan who defeated Atalanta 2-0.

Kevin-Prince Boateng played 82 minutes for Schalke 04 who defeated Eintracht Frankfurk 2-0 on Friday. Compatriot Anthony Annan was unused by Schalke in the game.

German-born Karim Bellarabi was a second-half substitute by Eintracht Braunschweig who lost 2-0 against Freiburg.

In the Bundesliga II, Charles Takyi scored a 28th minute consolation goal for Energie Cottbus who lost 2-1 against VfL Bochum.

Marcel Appiah played in defence for Arminia Bielefeld in their 0-0 home draw with Karlsruher SC.

Reagy Ofosu could not make the Ingolstadt first team squad when they lost 2-1 to Paderborn.

Fredrick Kyere was not in the Elversberg team that lost 2-0 against Unterhaching.

Former Ghana U20 attacker Francis Narh played 51 minutes for Banik Ostrava who suffered a 1-0 home loss to Slov?cko. Midfielder Derrick Mensah was not in the Ostrava team for the game. 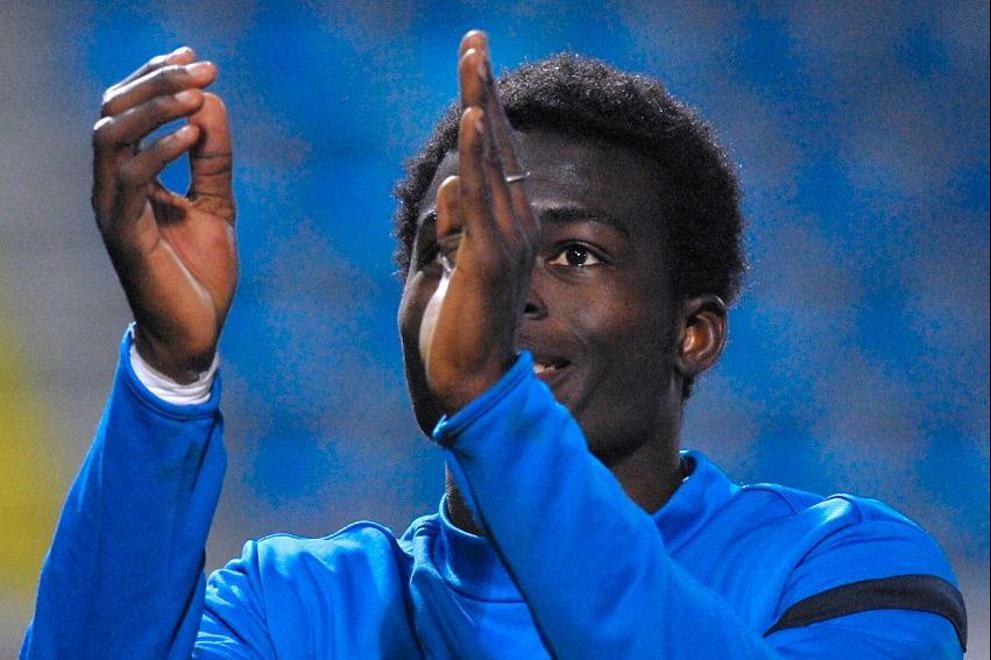 Slovan Liberec suffered a 3-1 setback at P??bram. Isaac Sackey scored the consolation goal for Liberec and was booked in the 41st minute. Dutch-born Kevin Luckassen was brought on by Liberec in the 59th minute.

Haminu Dramani was not in the Gil Vicente team that lost 2-0 against Sporting CF in the Primeira Liga.

David Addy was booked in the 45th minute and was replaced in the 82nd minute by Vit?ria Guimar?es who lost 3-1 at Belenenses.

In the second-tier league, Alhassan Wakaso played full time for Portimonense who were held to a 1-1 draw by Tondela.

Richmond Boakye-Yiadom played the last 14 minutes for Elche FC who lost 2-1 against Valencia.

Youngster Fatau Mohammed watched from the Granada bench when they beat Barcelona 1-0 at the Estadio Nuevo Los C?rmenes. Richard Boateng could not make the squad for the game.

In the Segunda Division, Thomas Partey played the entire 90 minutes for Real Mallorca who lost 2-0 against Ponferradina.

Richard Boateng and Clifford Aboagye played for Granada II in their 3-3 draw with Cadiz.

Razak Brimah was between the sticks for Cordoba II who beat El Palo 3-1.

Paul Quaye was in action for Espanyol II who were beaten 2-0 at Atl?tico Baleares.

Ghana internationals Rashid Sumaila and Fatau Dauda both remained unused substitutes in Orlando Pirates? 2-1 win over Mamelodi Sundowns to progress to the semi finals of the NedBank Cup.

John Arwuah came off the bench to play the last 3 minutes for AmaZulu who defeated United FC 2-0.

Edwin Gyimah was in action for SuperSport United FC who lost 2-0 against Kaizer Chiefs and exited the FA Cup.

Ghana defender Samuel Inkoom has been successful in his bid to help Platanias retain their top flight status after helping the side to a crucial goalless draw against Panionios in the final game of the season. Abdul Aziz Tetteh missed the game with injury.

2011 Ghana  U20 midfielder Gershon Kwoffie was in full time action for Vancouver Whitecaps who lost 1-0 against LA Galaxy. Ghanaian defender Kofi Opare was on the LA Galaxy bench.

Khalif Alhassan lasted 62 minutes for Portland Timbers who were held to a 1-1 draw by Chivas USA.