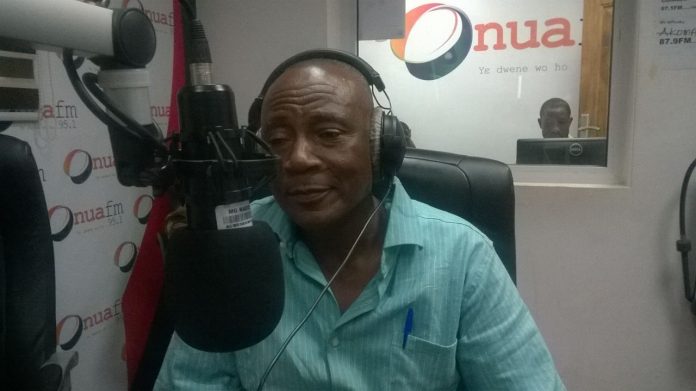 It all began when Boniface Abubakar accused Alhaji Sorogho of calling him a rag.

While speaking as a guest on one on one segment of News and Current Affairs program Ghana Dadwen on Onua fm, Mr Boniface Abubakar told the host Bright Kwesi Asempa that, Alhaji Sorogho whiles addressing some constituents has called him (Boniface) as a rag and a rejected parliamentary aspirant from Salaga.

“Asempa, can you imagine Alhaji Sorogho has called me a rag, he (Sorogho) on his campaign rounds, told people I am a rag and they should reject me” narrated the NPP candidate for the Madina Constituency.

He went on to say that he has a video recording of what he had alleged Alhaji Amadu Sorogho has said against him. Pushed to produce the video, Mr Boniface Abubakar gave the video recordings to the host to play on air. In the video recording, the incumbent MP was heard saying in Akan “Madina is not a dumping pit for people who have been rejected elsewhere to come and contest”.

Meanwhile when Alhaji Amadu Sorogho was called on a phone to react to the allegations leveled against him by his main contender, the incumbent MP noted Mr Boniface Abubakar has misinterpreted what he was saying on the recording.

“All I was saying is Boniface was went to contest Salaga and if he had won, would he be running to Madina, so he was rejected and he (Boniface) thought Madina is a dumping ground”

But Mr Boniface Abubakar insisted that the incumbent MP has blatantly insulted him and will ensure that Alhaji Amadu Sorogho feel the full impact of what he had said against him on November 7.

Counseling Alhaji Sorogho, Mr Boniface said “politics is not about insults but how one is able to convince the electorates to win their votes; I think at the end, Sorogho will know that he had not insulted me alone but the whole Madina constituency”