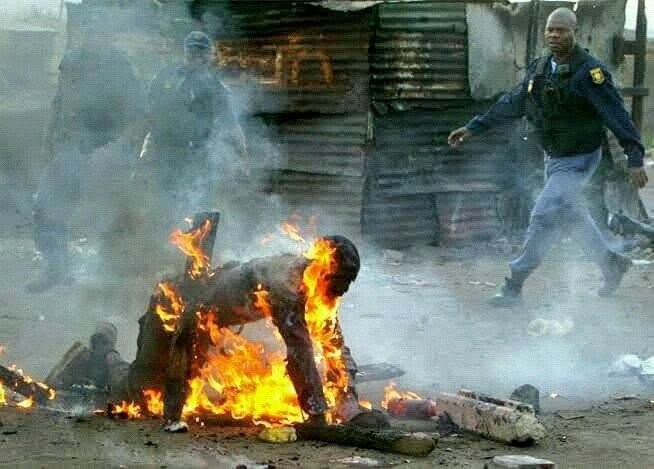 According to Amnesty International the ongoing and escalating attacks against refugees, asylum seekers and migrants, and looting of foreign owned shops in South Africa, is a direct consequence of years of impunity and failures in the criminal justice system that have left this vulnerable group exposed and unprotected

Five people have been confirmed dead as violence between locals and foreigners continues to escalate in Johannesburg and other parts of the country.

“South African authorities cannot say that they didn’t see this rampant violence coming. For many years refugees, asylum seekers and migrants have been targeted for who they are and what they look like.

They have also served as convenient scapegoats for unscrupulous politicians who have pushed the insidious narrative that foreign nationals have stolen jobs and are to blame for everything that is going wrong in the country,” said Shenilla Mohamed, Executive Director of Amnesty International South Africa.

“The first major outbreak of xenophobic violence witnessed more than 11 years ago which resulted in the killing of more than 60 people, should have been a wake-up call for the authorities to root out hatred against refugees and migrants and hold those responsible to account. Their lack of action has resulted in the subsequent and recurring attacks we’ve seen.”

South Africa has been experiencing systematic looting and burning of businesses belonging to foreign nationals, largely in Pretoria and Johannesburg, for weeks.

Businesses belonging to Nigerians and other foreign nationals have been targeted in the two cities, with stock and possessions worth millions burnt to ashes.

The government has largely failed to address past xenophobic, violent outbreaks across the country, instead often continuing to scapegoat foreign nationals for high levels of crime, putting a strain on government services and operating illegal businesses.

“South African authorities must stop fueling xenophobia in their desperate attempt to win political support. Rather, they must build a country that is rooted in respect for human rights and the rule of law that protects everyone,” said Shenilla Mohamed.

“South African authorities must come up with a security plan to ensure the safety of all refugees and migrants and seek to end these attacks once and for all. That begins with holding suspected perpetrators of past xenophobic crimes to account and breaking this cycle of impunity.”

Since 2008 there have been numerous outbreaks of violence against refugees, migrants and asylum seekers in South Africa.

In some cases, xenophobia has been fueled by the hate-filled rhetoric of authorities and politicians.

For example, in December 2016, the Executive Mayor of City of Johannesburg Herman Mashaba labelled foreign nationals living in Johannesburg “criminals” who had hijacked the city. He blamed them for the high levels of crime in the city.

In November 2018, the then minister of Health, now minister of Home Affairs, Aaron Motsoaledi accused “foreign” nationals of what he called burdening the country’s health system.