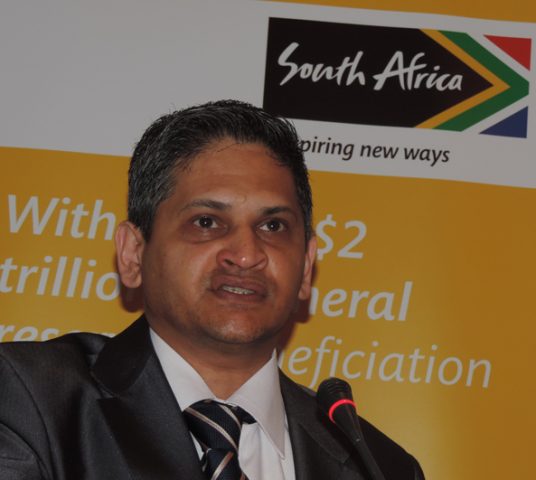 South African policies are aligned to and include actions to address sustainable development and climate change. This was said by Acting Deputy Director General of Invest SA at the Department of Trade and Industry (the dti), Mr Yunus Hoosen during the seminar for the promotion of Bankable Sustainable Development Goal Projects in Sandton earlier today. The seminar was hosted jointly by the dti and the United Nations Conference on Trade and Development (UNCTAD)

According to Hoosen, all key South African policies are aligned to and include actions to address sustainable development and climate change. He said that priority for South Africa is to address the triple challenges of poverty, inequality and unemployment.

“The National Development Plan (NDP), National Growth Path (NGP) and the Industrial Policy Action Plan (IPAP) promote a globally competitive economy that produces and trades with the rest of the world in innovative and value added products and services. Even prior to the official adoption of the 2030 Agenda for Sustainable Development, South Africa signed a Green Economy Accord between government, labour and civil society in 2011,” he said.

He added that the sole purpose of signing the Green Economy Accord was to empower South Africans to implement the wide-ranging commitments that are contained in the Accord and mobilise the private sector, organised labour, communities and government in a strong partnership to promote the Green Economy in the country as a platform for creating five million new jobs by 2020.

“Facilitating and supporting the planning and growth of economic activity in new and existing green sectors and greening less sustainable sectors, which in turn leads to greater investment, creates jobs, and enhances international economic competitiveness. As government, we have to provide an enhanced, coherent, efficient and effective legislative and regulatory system to facilitate the shift towards sustainable production and consumption patterns in our economy and society,” said Hoosen.

He mentioned that to facilitate economic transformation and promote a more inclusive and prosperous South African society, government must provide the support and services for “on the ground” implementation to facilitate and promote scaled-up economy-wide investment in order to realise objectives.

“SA remains a carbon intensive economy yet has made strong commitments to reduce its greenhouse gas emissions, signatory to the United Nations Framework Convention Climate Change and ratified the Paris agreement in November 2016. In order to achieve sustainable economic transformation and growth, employment and decent work for all, we have to build resilient infrastructure, promote sustainable industrialisation, foster innovation and support for new green industries,” added Hoosen.

Furthermore, Hoosen said that over the last five years, investment pipeline by the investment unit of the dti has been dominated by projects in the green economy with a combined contribution in excess of R100bn.

Mr Paul Wessendorp, Chief of Investment Promotion at UNCTAD said that it has been estimated that investment needs to meet SDG targets in developing countries alone are in the order of US$2.5 trillion annually.

“Achieving the SDGs will require a quantum leap in investment by both public and private sectors. Public sector funding alone will be insufficient to meet demand. The private sector’s role can be in the form of both good governance and investment in suitable development. A precondition for successful inward investment is the existence of a favourable and enabling investment policy climate. Regarding attracting investment in SDG areas, it is important to ensure that all sectors identified are open to foreign direct investments,” said Wessendorp.