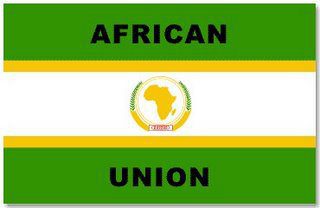 The ruling African National Congress (ANC) on Monday joined millions of Africans in celebrating the Africa Day, pledging to build a better Africa.

“The ANC remains committed to working together with the people of Africa in order to achieve the AU’s (African Union’s) fifty- year vision called Agenda 2063,” ANC national spokesperson Zizi Kodwa said in a statement.
Agenda 2063 is the African vision of building effective institutions, enhancing accountability, strengthening solidarity and integration, promoting gender equality, and promoting peace and security, Kodwa said.
In addition, Agenda 2063 talks about the reform of institutions of global governance, which includes among others the United Nations (UN), the World Bank and the International Monetary Fund (IMF), said Kodwa.
This year’s Africa Day is under theme “Building a better Africa and a better World”.
It was on this day in 1963, when leaders of 32 African nations came together in Addis Ababa, capital of Ethiopia, and formed the Organisation of African Unity (OAU). The year 2015, also marks 14 years since the formation of the African Union (AU).
The ANC reiterated the call made by President Jacob Zuma at Sunday’s Africa Day celebrations in Mamelodi, Pretoria that “every school, church or community choir and individuals, must practice the African Union anthem so that we can sing it at all our important gatherings and celebrations”.
Africa Day is celebrated annually within the African continent to mark the formation of the OAU on May 25, 1963 and the African Union (AU) in 2002 and the progress made by the continent since then to advance democracy, peace, stability and socio-economic development.
South Africa rejoined the continent and the international community in 1994 following the dawn of freedom and democracy. Africa Day 2015 is thus a celebration of 21 years since South Africa’s reintegration into the international community and into the African continent in particular. Enditem