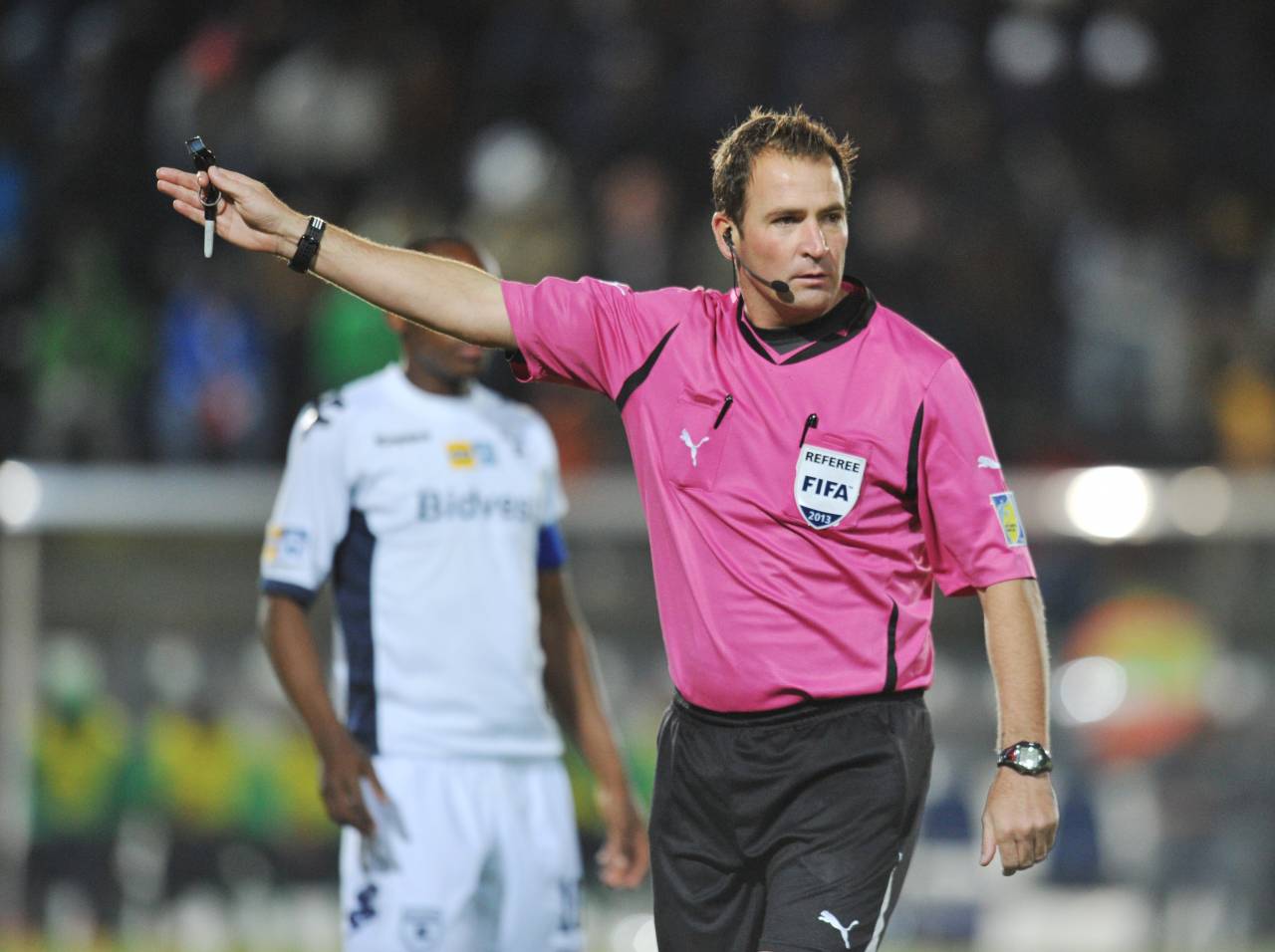 South Africa?s Daniel Bennet has been ruled out of the World Cup with injury

South African referee Daniel Bennet has been ruled out of officiating at the 2014 World Cup after suffering an injury while training on Tuesday.

The assiduous whistle-man selected as support referee for the world football spectacle taking place in Brazil but suffered his unfortunate fate and has been ruled out of playing any part at the current World Cup.

?The medical investigations revealed the seriousness of the injury which means a minimum of 4 to 6 weeks for cure. The main consequence is that Mr Bennett will be unable to officiate and support matches at this 2014 Fifa World Cup,? said Fifa secretary general Jerome Valcke in a letter to the South African Football Association (SAFA) and CAF.

FIFA?s medical team made attempts to help the center gain full fitness before the start of the tournament but the referee could not respond well to treatment and has been told he cannot work at the World Cup which kicked start on Thursday.

?During these days, adequate rehabilitation (twice a day) has been provided to Mr Bennett, however, this represents an additional load on the medical team, which has to ensure recovery massage and specific treatments to referees and assistant referees actively involved in the 2014 Fifa World Cup,? said Valcke.

As a result, the Fifa Referees? Sub-Committee meeting of June 9, 2014 decided to release and send Bennett home to ensure proper recovery. However, his assistant Marwa Range from Kenya will continue with his duties in Brazil as support assistant referee.

There will be no replacement for Bennett as Fifa believe they have sufficient cover.

?The quality of referees and assistant referees at the 2014 Fifa World Cup is paramount, and the support referees were implemented in order to provide a seamless transition when a referee or assistant referee must be replaced for any reason after the final selection has been made.

?At this stage of the competition, taking any referee who is not on the final list of selected match officials is counter-productive, since those referees did not partake in any official Fifa fitness tests nor all theoretical, tactical and physical sessions since January 2014 when the final list of referees and assistant referees was approved,? said Valcke.