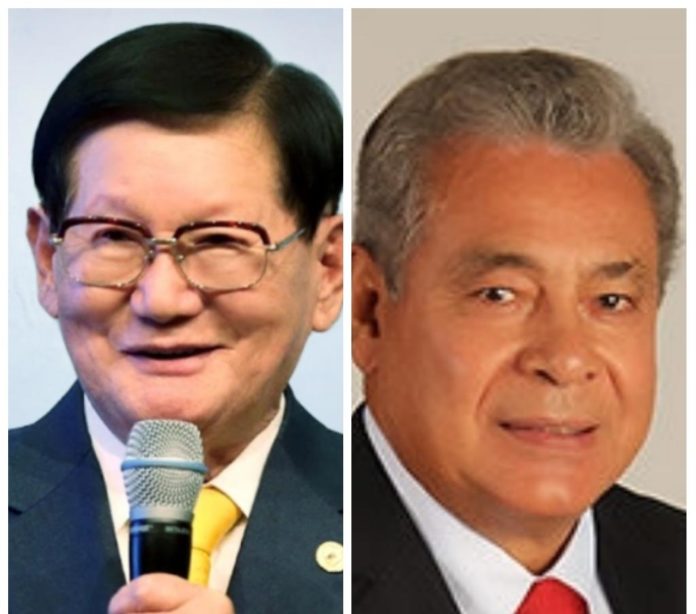 Mr. Hoet in a statement described Mr. Lee as a global peace ambassador and perfect gentleman by all standards who have demonstrated his commitment over the years towards promotion of peaceful coexistence, tolerance and harmony among different beliefs and religions, which is ‘admirable and appreciable’.

“I know about him and his organization through personal experience, which I witnessed through programs and conferences that have been organized in Seoul, South Korea to promote the peaceful coexistence, tolerance and harmony among different beliefs and religions, which is admirable and appreciable, especially seeing President Hee Lee speaking out against Nuclear Wars”.

He wondered why the Korean Government and its agencies are bent on subjecting his peaceful organization (HWPL) and his church to undue treats and ill-treatments knowing his clout, attitude and actions promote peace.

“I wonder why certain Korean Government agencies are trying to harass and prohibit the activities of a peaceful person and his peace organization.

If the comments that are being broadly spread are true, I would not hesitate to describe it as national and human shame, in addition to turning that nefarious attacks into discrimination against the freedom of religion”.

Mr. Lee, 89-year-old man, his organization (HWPL) and church have been under threat of dissolution on the grounds that they have contributed to the spread of the pandemic and obstructed efforts to contain the virus since the news of one of his church members who tested to COVID-19 broke in February 2020.

In the midst of other accusations levelled against him and his church, he was subsequently arrested on Saturday August 1, 2020 by the Korean authorities on the pretext that the move is to allow investigation be conducted into the matter without his interference.

In his statement, Mr. Hoet who was also the former President and Honorary Life President of the World Jurist Association condemned in no uncertain terms the persecution and the oppression being perpetrated by the South Korean Government Agencies against Mr. Lee Man-Hee to cease.

He therefore appealed to the Korean Government to reconsider their decision and ensure Mr Lee, his organization and church are at liberty to continue their good works in order to foster peace and unity.

Below is the statement of Mr Franklin Hoet Linares 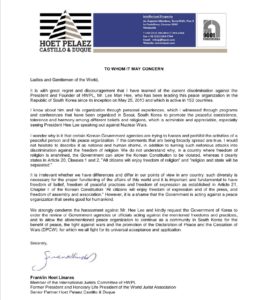 Tensions high in the Netherlands after nights of riots