The South Korean government will begin supporting the production of solid fuel spaceships by the private sector by 2024 in an effort to enrich its space industry, which currently relies on state-led development of liquid propellants, Science Minister Lim Hye-sook said.

“Based on the rocket development autonomy secured from the end of the missile guidelines, (South Korea) will develop solid fuel rockets led by the private sector,” Lim said at a briefing on Tuesday, as quoted by South Korean news agency Yonhap.

Another aim of the government’s initiative is to encourage the development of South Korea’s private sector space industry.

“Solid fuel rockets are relatively simpler in structure and infrastructure than those of liquid-fuel rockets. They can be used in the development of low-cost, short-term space launch vehicles from the private sector,” he was quoted as saying.

South Korea has not yet developed spacecraft that use local technologies. In 2013, the country launched its first Naro space rocket, whose first stage was built in Russia, according to the report.

Since 2010, South Korea has allocated 2 trillion won ($1.8 billion) to develop its first space launch rocket, called Nuri, hoping to launch it in October of this year. 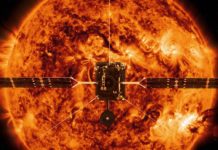