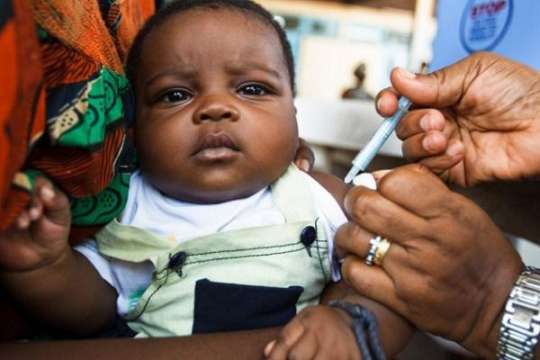 South Sudan in collaboration with the UN children’s fund, UNICEF, and the World Health Organization (WHO) said Thursday it will vaccinate over 2.8 million children against polio.

Atem Nathan, director-general for Primary Healthcare in the Ministry of Health, said the polio outbreak was declared on Sept. 18, 2020 and spread to 17 counties in all the states in the country.

Nathan said currently, 39 cases of vaccine-derived poliomyelitis have been confirmed with states of Warrap, Western Bahr El Ghazal being the most affected.

“With support from the Global Eradication Initiative partners, the country is conducting the second round of nationwide Monovalent Oral Poliovirus Type 2 campaign not only to stop the outbreak but also to ensure the country remains polio-free while improving the routine immunization coverage,” he said in a statement issued in Juba.

The official said the nationwide vaccination campaign that started on Feb. 16 has so far covered 74 counties, with vaccinations going from house-to-house targeting children under 59 months.

“I am encouraging all caregivers to allow their children to be vaccinated by the house-to-house teams,” said Nathan.

Olushayo Olu, WHO Representative for South Sudan, said to stop the outbreak, partners have enhanced surveillance with emphasis placed on community and health facility case search for children that may have developed sudden paralysis of the limbs, along with strengthening investigation and timely transportation of samples to the laboratory.

“The campaign provides an opportunity for the vulnerable children to receive critical interventions that can avert life-threatening disease such as disability from poliomyelitis,” Olu said.

He said the country is also intensifying the dissemination of messages using diverse channels such as community influencers, radio talk shows, household and focused group meetings, megaphone announcements along with the use of posters demonstrating the importance of vaccination.

“To turn this vaccination campaign into a success, we need to ensure that parents are fully aware of the importance of the vaccination and ask for their children to get the vaccine. Therefore, communication activities are critical,” Andrea Suley, UNICEF South Sudan Representative said. Enditem