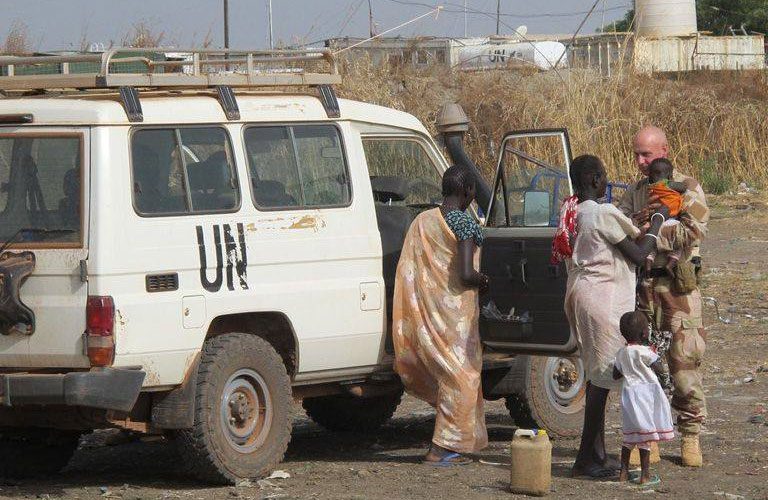 The UN Mission in South Sudan (UNMISS) has intensified patrols around the site and is discussing with community leaders how to maintain calm and promote dialogue, Stephane Dujarric told a daily news briefing. Clashes broke out between youths from the Shilluk and Dinka ethic groups at the UN site in the northeastern city of Malakal on Wednesday evening and continued Thursday. The fighting was compounded by shooting from outside the base, reportedly from armed men wearing uniforms of the Sudan People’s Liberation Army, according to UNMISS.

UNMISS has expressed concerned over the clashes within the UN property, said Dujarric.

The mission protects almost 200,000 civilians at six bases throughout South Sudan. More than 47,000 civilians have taken shelter at the Malakal site.

The UN mission was established on July 9, 2011, the day when South Sudan became an independent country after decades of civil war between the north and south, which ended in 2005 with the signing of the Comprehensive Peace Agreement.

Fighting broke out in South Sudan in December 2013 when President Salva Kiir accused his sacked deputy Riek Machar of attempting a coup.

The conflict has killed tens of thousands of people, driving 1.5 million South Sudanese from their homes and leaving almost 5 million in dire need of humanitarian assistance. Enditem