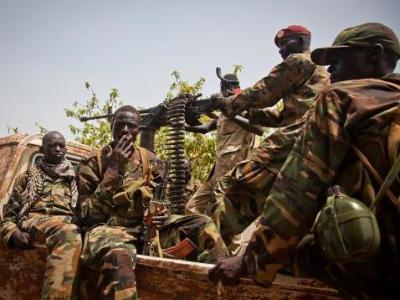 South Sudan’s army said Friday it will soon resume civilian disarmament exercise it had called off following an eruption of violence in August 2020 that led to the death of 148 people.

Santo Domic Chol, spokesperson of the South Sudan People’s Defense Forces (SSPDF) said they are planning to resume peaceful disarmament of civilians in the youngest nation to contain rising inter-communal violence in the northern parts of the country.

“Civilian disarmament plans are still underway and this time it is going to be peaceful disarmament that will be resuming soon,” Domic told journalists in Juba.

More than 148 civilians including soldiers were killed in August 2020 during a disarmament exercise that led to violent clashes between armed youth from the cattle camp and SSPDF officers.

The clash erupted at Romic area in Tonj East in northern Warrap state when soldiers beat up a youth wearing a red scarf on his head, angering his colleagues who later on started exchanging gunfire with the soldiers.

Warrap state authorities recently urged President Salva Kiir to declare a state of emergency in the state in a bid to cease ongoing violent clashes that have left 27 people dead in the month of February. South Sudan is awash with illegal guns in the hands of civilians after decades of civil war of independence from Sudan.

The longest civil war in Africa later on ended with the signing of the 2005 comprehensive peace agreement in Kenya, paving the way for separation of South Sudan from Sudan in 2011.

Rajab Mohandis, executive director of the Organization for Responsive Governance said that the planned resumption of disarmament should cover all areas of the country since many civilians are armed. “We should learn from past experience disarmament they (SSPDF) need to build trust and reduce security threats to civilians so that no need to have guns,” he disclosed.

“If they (civilians) are going to be disarmed by force they are actually going to refuse. They will definitely know that other people still having arms will come and take their cattle,” said Mohandis.