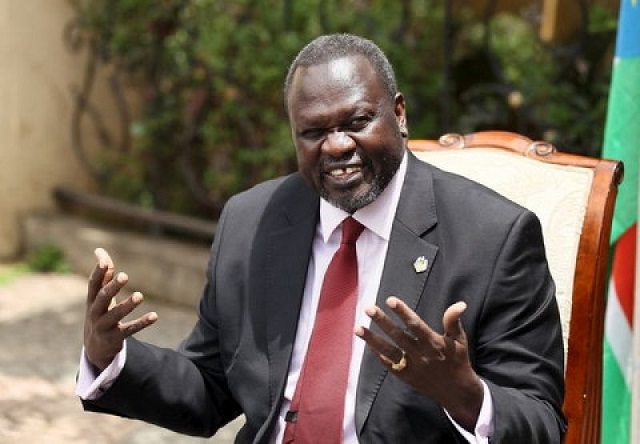 Machar, Leader of the Sudan People’s Liberation Movement/Army-in-Opposition (SPLM/A-IO) said he remains hopeful of concluding pending tasks within the 2018 peace deal he signed together with President Salva Kiir to end years of conflict.

“Despite the slow progress in the implementation of the peace agreement, we are optimistic that peace shall prevail,” Machar on Wednesday told party members attending the ongoing SPLM-IO conference in Juba.

The SPLM-IO is holding its first-ever annual conference in the capital, aimed at reorganizing its structure ahead of the upcoming national elections in 2022.

Machar disclosed that critical tasks like the unification of forces and their deployment are yet to be completed despite the formation of the transitional unity government (TGoNU) in February, this year.

He called on the transitional unity government led by Kiir to set up an independent fund to support the implementation of the pending tasks in the peace agreement.

Machar proposed allocation of a fixed amount of oil revenue to the fund and also called for a donor conference to support the implementation of the peace agreement.

The former rebel leader said the graduation of the necessary unified forces estimated to be around 83,000 personnel needs speeding up before unification of forces.

The SPLM-IO leader called for the appointment of Johnson Olony as governor of Upper Nile State which has been delayed for months, as President Kiir appears reluctant to comply with the opposition’s request.

Machar also called for the kick-starting of the economic sector and institutional reforms, and the establishment of the ad-hoc judicial reform committee.

South Sudan descended into conflict in December 2013, after a disagreement between Kiir and then his deputy Machar caused a split in the army leading to fighting between soldiers loyal to their respective leaders.