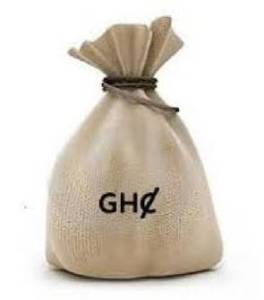 The South Tongu District Assembly in the Volta Region has placed a GHC10,000 bounty on the killers of Mr Marcus Mawutor Adzahli, the Sogakope South Assemblyman who was allegedly murdered by unknown assailants Sunday morning at Toklokpo, near Sogakope.

Dr. Archibald Yao Letsa, Volta Regional Minister announced this on Monday when he and some staff from the Volta Regional Coordinating Council and the South Tongu District Assembly commiserated with the family of the deceased.

The Regional Minister said he heard about the incident whilst in a meeting in Accra and had been directed by President Nana Addo Dankwa Akufo-Addo to commiserate with the family today.

He asked elders in the community to engage the youth to allow security officers to do their work and not take the law into their hands.

“We will do our best to bring the perpetrators to book and we would not shield anybody so please speak to the youth not to act based on hearsay, since hear say can lead you astray,” he said.

The Regional Minister said security agencies had had meetings and working on some details to bring the perpetrators to book.

Mr Innocent Gbedzi, Assembly Member for Hlevi Toklokpo electoral area, said they were ready to assist the police in investigations and asked the Sogakope District Police to come to their aid on time anytime they called for assistance.

“The police are doing their best yet it is not enough, in times of crime, we call on the police and they don’t respond to us in time. The crime ends and they rush to the scene most often, which is not the best,” he lamented.

Torgbi Adeti II, the Adzahli family head commended the Regional Minister, the Assembly and Government for the support and pleaded with the police to help bring the perpetrators to book.

Mr. Marcus Mawutor Adzahli, alias Mac Greenline, who was the Assemblyman for Sogakope South Electoral Area was shot dead midnight at his residence on Sunday by some eight unknown assailants.

Neighbours of Mr. Adzahli told the Ghana News Agency they heard noise from the house at about 0100 hours, followed by several gunshots.

They said they found Mr. Adzahli and his wife in a pool of blood when they rushed to the scene and rushed them to the Sogakofe District Hospital where Mr. Adzahli was confirmed dead.

His wife is however said to be responding to treatment at the Korle-Bu Teaching Hospital.

Mr Adzahli was the owner of Mac Greenline ventures, a mobile phone shop in Sogakope.

Minister swears in 15 out of 18 MDCEs in Volta

Our success rate not too bad – Volta Minister on nominee confirmation

We will not shield criminally-minded Assemblies – Volta Minister