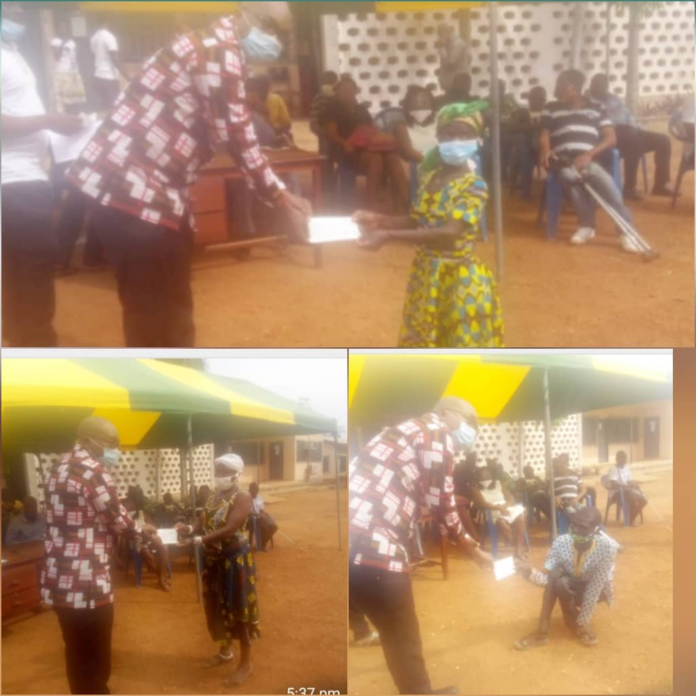 Mr Emmanuel Louis Agama, the South Tongu District Chief Executive, has asked Persons with Disabilities (PWDs) to use money from the disability common fund to improve their lives.

He said the common fund was to support PWDs to undertake productive ventures.

At a ceremony to present items to the PWDs, Mr Louis Agama said the Assembly always pay the money meant for PWDs and asked beneficiaries to use the money for productive ventures.

“This is not Christmas money rather it is money meant to better your lives and it must be used as such,” he said.

He said a committee would be set up to monitor the use of the funds and warned that those who expended the funds wrongly would be penalised.

He said this was the second disbursement in the year and asked the beneficiaries to use the money to become self-reliant.

The 39 PWDs were supported with items valued at more than GHC60,000.

The PWDs expressed gratitude to the government for the support and pledged to use the resources to improve their lives.