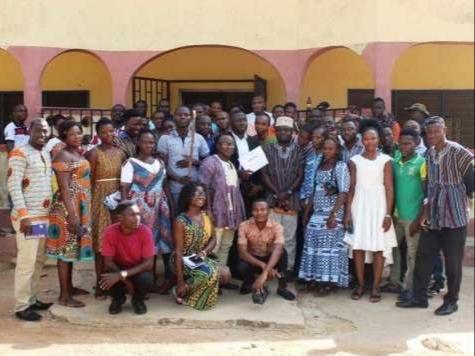 A youth parliament has been inaugurated in Sogakope in the South Tongu District of the Volta region to facilitate the mobilization of young men and women to share ideas on promoting good governance and accountability.

It would build sustainable relationship between youth groups and existing governance structures in the decision-making process and also help the youth influence developmental decisions.

The youth parliament would also focus on social and economic issues that affect youth development such as falling standards of education, drug abuse and teenage pregnancy.

Madam Helen Dzide, South Tongu District Director of National Youth Authority speaking at the launch said there was the need for the youth to get involved in the development of the country.

“The youth have to know what happens in Parliament and have to develop interest in them as they aspire for greater heights,” she said.

The Director asked members of the youth parliament to be tolerant of each other for a successful session.

The youth parliament was divided into majority and minority caucuses with three directorates -Speakers, Leaderships and Clerks.

PAC Report On Public Accounts Of Ghana Adopted By Parliament