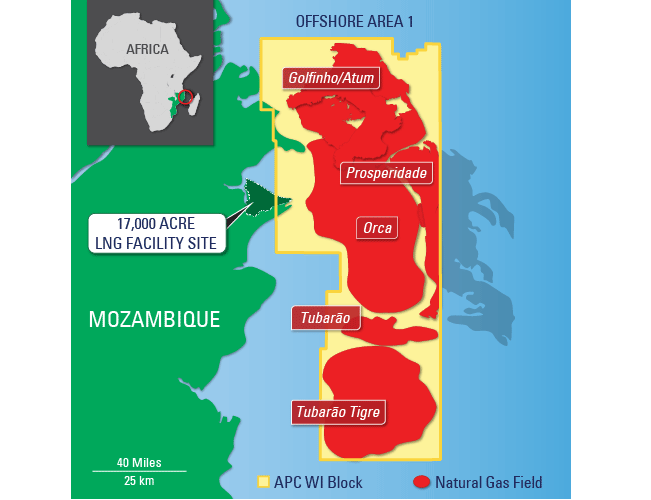 Over the last several months the security situation in the Cabo Delgado province of the Republic of Mozambique has worsened in the aftermath of several armed attacks by a self-proclaimed Islamist group.

One strategic port town, Mocimboa da Praia, was seized by 1,000 insurgents jeopardizing the homes and livelihoods of the people in the area along with endangering a key sector in the national economy which has held the promise of significant development for this former Portuguese colony.

Mocimboa da Praia is located just 70 kilometers from the border with the United Republic of Tanzania, a contiguous state with a long history of cooperation with the ruling party, the Front for the Liberation of Mozambique (FRELIMO), which led the armed independence struggle against Portuguese colonialism during the 1960s up until independence during 1974-75. The port was the base for the military operations in the north aimed at preventing further damage by the rebel group which calls itself the Ahlu Sunnah Wal-Jamaa (ASWJ), known as well as “Al-Shabaab”, meaning “the youth” in Arabic.

This port was the scene of the emergence of the ASWJ nearly three years ago in October 2017 when 30 rebels attacked a police station killing two officers and causing property damage. After 2017, the number and severity of the ASWJ attacks have grown exponentially.

Since 2017, when the rebels were responsible for 3 armed attacks, these operations have accelerated with 19 in 2018, 34 in 2019 and 43 so far in 2020. According to Thunis Marais of the Rhula Intelligent Solutions, a Mozambique-based risk management firm, there could have been as many as 617 attacks by the ASWJ resulting in 1,842 deaths. (https://www.dailymaverick.co.za/article/2020-08-30-islamist-insurgency-in-northern-mozambique-threatens-gasfields/)

The escalation of these rebel attacks has generated concern throughout the Southern African Development Community (SADC) regional organization. SADC is composed of 15 states extending from the Democratic Republic of Congo (DRC) down to the Republic of South Africa and outward into the Indian Ocean states of Seychelles, Mauritius, Madagascar and the Union of Comoros. At two recently-held regional conferences of SADC in August, the issue of Mozambican security was discussed as regional governments pledged to assist Maputo.

Even among mass organizations, there is a growing awareness of the danger posed by the attacks in Cabo Delgado. Obviously, the numerical rise in attacks indicates that external funding, perhaps connected with the same interests that have facilitated the so-called Islamic State (ISIS), are now involved in spreading the same threats to Southern Africa.

Over the last several years, geological surveys of the Indian Ocean coastline of Mozambique and neighboring countries indicate that there are vast Liquefied Natural Gas (LNG) deposits which have drawn the attention of international mining companies and financial institutions. Prospects for the extraction of LNG could provide the Mozambique government with much needed revenue to build infrastructure including public transportation, housing, healthcare and education.

There are multi-national corporations from the United States and France involved in the development of the LNG projects. The Mozambique LNG Total website says of the status of the country’s energy resource: “The Mozambique LNG Project started with the discovery of a vast quantity of natural gas off the coast of northern Mozambique in 2010, leading to a $20 billion Final Investment Decision in 2019. Now, through cooperation and responsible project planning, the project is on track to deliver LNG in 2024. For now, our plans for the approximately 65 trillion cubic feet of recoverable natural gas include a two-train project with the ability to expand up to 43 million tons per annum (MTPA). The Project is operated by Total – the world’s second largest LNG player with a leading presence in Africa – which is uniquely qualified to ensure the Mozambique LNG Project helps to meet the world’s increasing demand for sustainable, reliable and cleaner energy sources.” (https://www.mzlng.total.com/about-mozambique-liquefied-natural-gas-project)

U.S.-based energy firm Anadarko Petroleum Corporation has agreed to construct a LNG liquefaction and export terminal in Mozambique which will cost approximately $20 billion. Reportedly Anadarko has agreed to a takeover by Occidental Petroleum Corporation which will then sell its interests to Total SA, the same firm mentioned above that is based in France. (https://www.reuters.com/article/us-mozambique-anadarko-lng/anadarko-approves-20-billion-lng-export-project-in-mozambique-idUSKCN1TJ2DI)

In addition to the role of Anadarko and Occidental, the Export-Import Bank (EXIM) of the U.S., an independent federal agency, has agreed to provide $4.7 billion in financing for the Mozambique LNG project in an effort to enhance Washington and Wall Street’s competition with the People’s Republic of China (PRC) for economic influence in Africa. An EXIM press release in June says of the effort that: “As part of EXIM’s historic 2019 reauthorization, Congress directed EXIM to establish the ‘Program on China and Transformational Exports.’ The Program’s purpose is to advance the United States’ comparative leadership in the world with respect to China and strengthen America’s competitiveness through EXIM’s support of transformational U.S. exports—and the U.S. jobs that make them possible—as U.S. companies seek to compete and win in the global marketplace.” (https://www.exim.gov/news/exim-board-unanimously-approves-amended-financing-exports-mozambique-lng-project-and-support)

Many geo-political regions of the world are expected to move away from a reliance on coal for energy purposes to LNG since it is considered a cleaner form of energy. Consequently, Mozambique and other regions of East Africa has been the source of much exploration and economic speculation.

Aggravating the already existing security situation in Mozambique, the impact of climate change has also been a major challenge since 2019 when Cyclones Idai and Kenneth struck the northern region of the country causing monumental environmental and structural damage along with the loss of wildlife and people. Consequently, the appearance of an armed insurgency grouping will further hamper the capacity of the government in the capital of Maputo to rapidly address these formidable issues.

During a SADC People’s Summit held virtually from August 18-21, there was a regional call for solidarity with Mozambique in response to the security situation in Cabo Delgado. Also in Tanzania, the country will be holding general elections on October 28.

The existence of significant Muslim populations in Mozambique, Tanzania as well as other East African states such as Kenya and Somalia, provides an opening for the Islamist groupings aligned with ISIS to gain a base within the countries. Often, as in other states in West Asia such as Iraq and Syria, the existence of uneven social development and unresolved political grievances can be exploited to wage attacks on governments and the people. These Islamist groupings have their origins in geo-political areas where the U.S. has waged war against sovereign states including Libya in 2011, where the Pentagon and NATO overthrew the government of former leader Col. Muammar Gaddafi rendering the North African country to impoverishment and instability.

Similar attacks on civilians such as public executions through beheadings and other forms of violence are surfacing in the character of the insurgent activities being carried out in Mozambique, Kenya and Somalia. These armed actions against civilians and government installations are at variance with the character of the wars waged by national liberation movements such as FRELIMO which focused attention during the independence struggle on structures which upheld the colonial and imperialist systems based in the Western countries.

According to a report on the People’s Summit in August: “The Southern African People’s Solidarity Network (SAPSN) has called upon peace-loving citizens in the Southern African Development Community (SADC) to stand in solidarity with the people of Mozambique as the country deals with multiple and overlapping crises, including military conflicts and religious extremism. SAPSN also instructed citizens in the region to stand in solidarity with citizens in the United Republic of Tanzania as the country holds its General Election on October 28 this year.” (https://www.herald.co.zw/call-for-solidarity-with-mozambique/)

The gathering urged regional governments and people’s organizations to stand in solidarity against extremism, drug trafficking, human rights violations and the attempt to plunder resources by local and foreign interests. The SAPSN Declaration issued at the conclusion of the conference emphasized: “We understand that the growing conflict in Northern Mozambique is ultimately the result of extra-activism and theft of natural resources at the cost of the local small-scale food producers, including farmers, fisher folks, livestock holders, herders, and host communities.”