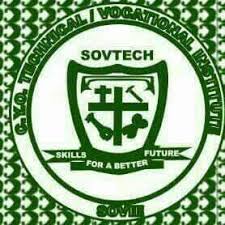 Reverend Father Jeremiah Ankutsitsia, Principal, CYO Technical/Vocational Institute, Sovie in the Kpando Municipality has appealed to government for the construction of a boys’ dormitory for the Institute.

He said the School’s Building and Construction Workshop was currently being used as dormitory for boys and called for assistance.

The Principal made the appeal at the inauguration of a reconstituted board of governors for the Institute.

Rev Fr Ankutsitsia also said due to increase in student enrollment, some students were occupying the Auto and Plumbing Works building as dormitory.

He said the Institute also needed an administration block and the completion of a 12-unit storey-building classroom, abandoned years ago.

In a speech read on her behalf, Madam Enyonam Afi Amafuga, Volta Regional Director of Education appreciated the dedicated service of the outgoing board in managing the affairs of the Institute and said she believed the new board was capable of tackling the numerous issues confronting the institution.

Madam Della Sowah, Member of Parliament (MP), Kpando said she was making efforts for the construction of a dormitory for the School and completion of stalled projects.

Mr. Edmund Kudjoe Attah, District Chief Executive, North Dayi said there was the need for collaborative efforts from MPs and the various Assemblies to solve the infrastructural deficits within Assemblies.

He said the Assemblies were making strides in pushing for developments but a lot more needed to be done.
Mr Attah said he would see to the completion of projects he initiated some months ago in the School though it (school) is not in his district.

The newly reconstituted board was sworn into office by Her Worship Madam Love S.B Mawuli-Woname, Kpando Municipal Magistrate.

The 13-member board is under the chairmanship of Mr Anthony Komla, a retired educationist.