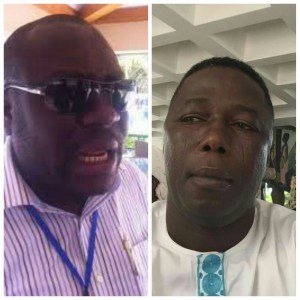 Former Chief Executive Officer of Accra Hearts of Oak Vincent Sowah-Odotei and former Board member Alhaji Braimah Akanbi have been co-opted onto the new Board of the club, GHANAsoccernet.com can exclusively reveal.

In a meeting held last night by the current Board members chaired by the Board Chairman of the club, Togbe Afede XIV, the two were announced as the new members of the Board.

The co-option of the two will mean the number of current Board members of the club will stand at eleven as the majority shareholder and Board Chairman Togbe Afede XIV considers bringing two more people on board.

It will be recalled that former member Commodore Mensah resigned from the Board leaving the number at nine but the Board Chairman at the Annual General Meeting of the club noted that the membership will be increased to thirteen.

Sowah-Odotei, popularly known as Obama was the CEO of the Accra club in the mid 2000s but left to continue his football exploration at Kumasi-based King Faisal until a fall out with the President of the club Alhaji Grusah saw him out of the game for some time.

Long-serving management member and former Board member Alhaji Braimah Akanbi has also been co-opted onto the board after a few years of resigning.

The experienced administrators are expected to bring their experience to bear to aid in the progress of the club.

Minister for Communications and Digitalisation inaugurates 11 Member GMET Governing Board