Prices of transport fell by 4.7 percent in February year-on-year, while prices of food and non-alcoholic drinks and items related to communications rose by 1.3 percent and 2.7 percent respectively. 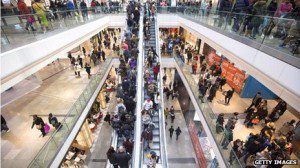 Spain’s consumer prices have been decreasing for two consecutive months year-on-year since the end of 2015 when the country’s inflation rate stood at 0 percent.

Consumer prices fell by 0.3 percent in January, 2016 year-on-year and the inflation rate was negative almost throughout the year 2015 except from the months of June, July and December with rates of 0.1 percent, 0.1 percent and 0 percent respectively.

The Spanish State Secretary for Economy, Inigo Fernandez de Mesa, said that the acting government expected the inflation rate to be positive although he recognized it was difficult to predict “when”.

However, he said that the fall in Spain was positive as it improved the purchasing power of households and the companies’ competitiveness. Enditem