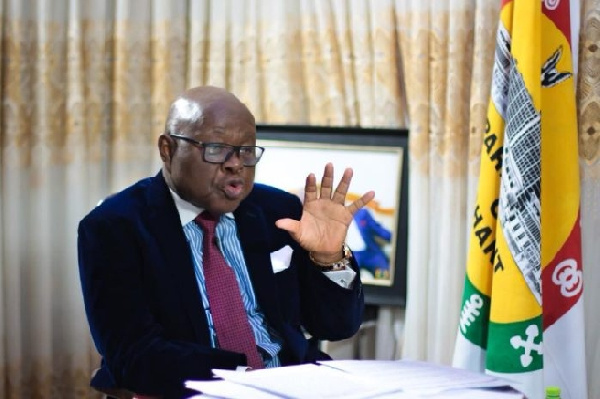 Speaker Aaron Mike Oquaye has directed three committees in Parliament to investigate a blood donation exercise by the National Blood Service at Adjen-Kotoku Senior High School, in the Ga West Assembly, leading to the death of a minor.

The Committees are the Constitutional and Legal Affairs, Gender and Children, and Health.

Additionally, the Speaker also requested Dr Bernard Okoe Boye, Member of Parliament (MP) for Ledzokuku, Dr Zanetor Agyaman-Rawlings, MP for Klottey Korle and Mr Alex Afenyo Markin, MP for Afutu, to join the three committees and report to the House in two weeks to enable the Attorney General to take over the prosecution of the case.

The directive follows a statement by Mr Afenyo Markin on the Floor of the House to the effect that a blood donation exercise carried out by the National Blood Service (NBS) at the Adjen-Kotoku SHS on February 26 had led to the demise of a student with several others being hospitalized.

Prof Oquaye stressed the need to tighten the law on blood donation by minors to prevent the abuse of children in the system.

He said no teacher or school authority had the right to draw the blood a child without the written consent of his or her parents.

He regretted that, from his readings, the child was actually compelled to give two pints of blood, which he described as exploitative.

Prof Oquaye emphasized the need for public education on the procedures that should be followed during blood donation exercises.

He, therefore, charged the House to consider the issue thoroughly so that the Legislature would be seen as being responsive to the needs of the people who sent them there.

Mr Afenyo Markin, in his statement, noted that on Thursday, March 5, his attention was drawn to the news item on Peace FM concerning a blood donation exercise at the school, leaving several of the students hospitalized.

He said the report indicated that some of the students who were reluctant to participate in the exercise were, however, coerced by school authorities to do so.

He cited for example that the required age for blood donation in Ghana ranges from 17 to 60 years and below 17 years parental/guardian consent must be sought.

Mr Afenyo Markin said the donors are also to take a short physical examination to make sure the donation was not hazardous to their health and expressed surprise that the NBS would supervise blood donation without any precaution.

“The blood donation that took place at the Adjen-Kotoku Senior High School Campus without considering the age factor of the students and also seeking parental consent, has led to the unfortunate demise of this young school boy,” he said.

He, therefore, appealed to the Speaker for urgent investigations into the matter to bring to book all persons found culpable and compensate the bereaved family for the loss.