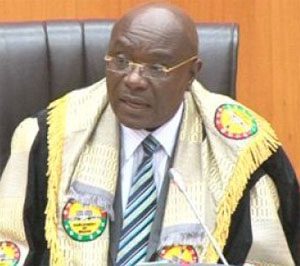 The District Council of the Maritime and Dockworkers? Union in Tema says it would use all legal means available to get the government to stop the development of a Freeport by Lonrho Ports Limited at Atuabo in the Western Region.

Members of the Union have therefore petitioned Parliament, through the Speaker Edward Doe Adjaho, to intervene in the matter without delay.

The letter to the Speaker titled: ?Petition against the development of a Freeport by Lonrho Ports Limited in Atuabo,? was also copied to both Majority and Minority leaders in Parliament, the Minister of Transport and General Secretaries of both the Trades Union Congress (TUC) and Maritime Dockworkers? Union (MDU).

At a meeting of the council held on Thursday March 27 at the Ghana Shippers? Authority Conference Hall, the union, which said it represents workers in all the companies in the maritime industry in Tema, opposed the development of the Freeport.

?Our opposition to the development of the Atuabo Port is premised on the fact that under the laws of Ghana, it is only Ghana Ports and Harbours Authority (GPHA) that is authorised under section 5 (1) of the PNDC Law 160 of 1986 to plan, build, develop, manage, maintain, operate and control ports.?

They said the development of the Atuabo Port by Lonrho ?is a blatant violation of the laws of Ghana and a sign of disrespect by a foreign company for the dignity of Ghanaians.

?In our view, the establishment of the port would undermine the security of the nation and then create openings for illegal dealings in the country, including the possibility of drug trade.?

?We are aware that GPHA, which is a specialised institution with legal authority to develop and regulate ports, had opposed the development of the Atuabo Port by Lonrho Port stating that it is not in the supreme interest of the nation either in the short or long-term to allow the development of the port by a private foreign company.?

The council said the GPHA has the capacity and the legal right to develop such facility in the Western Region as part of the port expansion programme of the Takoradi Port, noting that ?the establishment of such an oil service port could be part of the local content of Ghana?s oil industry to justify the use of part of our revenues for the project.?

?We are therefore opposed to the terms of the agreement which provides exclusive right and tax exemption for the operations of the Lonrho Ports Limited in Atuabo for twenty five years (25) which is renewable for another twenty five years.?

The council said ?we are compelled to send this petition to our august parliament because we are aware that a bill is being sent to parliament to hurriedly ratify this project which by all indications constitutes an affront to the dignity and laws of Ghana.?

They called on Members of Parliament ?not to legitimise the development of the Atuabo Port nor vary the laws of Ghana to permit such a dangerous investment to be ratified by Parliament. ?It is clear that the investment serves the interest of the foreign company and their internal collaborators.?