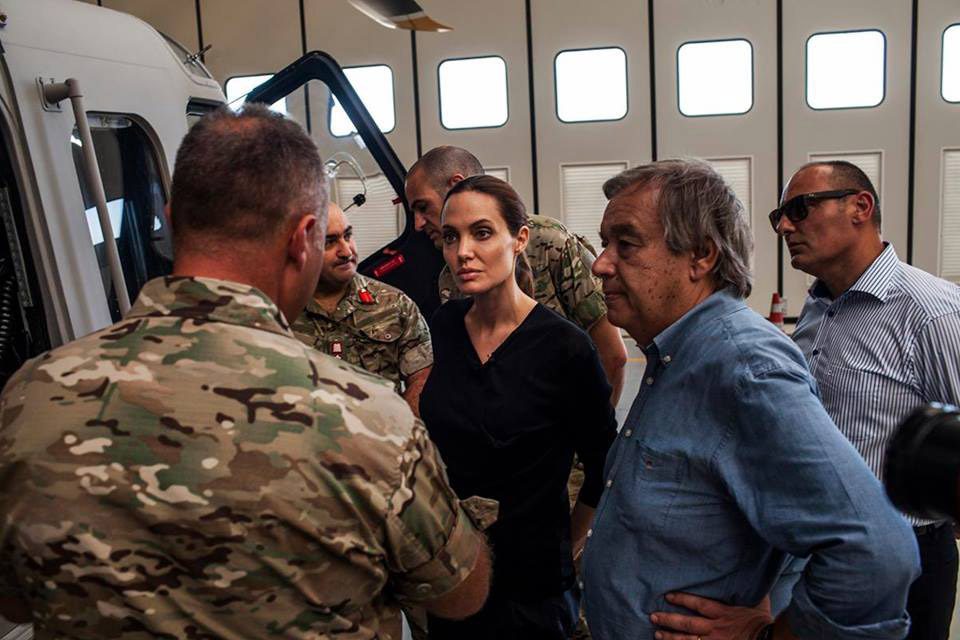 Urging European countries to take action to alleviate the harsh and often deadly conditions migrants face on the high seas, the head of the United Nations refugee agency (UNHCR) and Oscar-winning actress Angelina Jolie today warned about the mounting crisis in the Mediterranean.

?We all need to wake up to the scale of this crisis,? stressed Ms. Jolie, a UNHCR Special Envoy, during a visit on Sunday to the naval rescue headquarters in Malta.

?There is a direct link between the conflicts in Syria and elsewhere and the rise in deaths at sea in the Mediterranean. We have to understand what drives people to take the fearful step of risking their children’s lives on crowded, unsafe vessels; it is the overwhelming desire to find refuge.?

A UNHCR press release said Ms. Jolie and UN High Commissioner for Refugees Ant?nio Guterres met three survivors of one of the tragedies, who had been rescued by a commercial vessel and brought to Malta by the Maltese authorities.

Just this weekend, new boat sinkings were being reported off Egypt and Libya claiming more innocent lives. In all, more than 2,500 people have drowned or gone missing attempting the Mediterranean crossing this year, including over 2,200 since the start of June.

In the Maltese capital of Valletta, Jolie also visited Syrian refugee families who survived a similar devastating boat tragedy last October. They included a couple from Damascus whose three small children perished during the crossing, and a doctor from Aleppo whose wife and three-year-old daughter drowned.

Upon meeting with the survivors, Ms. Jolie said that the situation in the Mediterranean was part of a bigger problem of soaring numbers of people displaced by conflicts around the world.

?Unless we address the root causes of these conflicts the numbers of refugees dying or unable to find protection will continue to rise,? she stressed.

Warning that ?we don’t have many chances to get this right,? Mr. Guterres said Europe?s response needs to be a truly collective effort. It must offer safer ways to find protection while maintaining a strong capacity to rescue people.

?If it fails, many more lives will be lost at Europe’s doorstep,? he warned.

To that end, UNHCR is calling for legal, safe alternatives for those fleeing conflict and persecution, so that they are not forced to attempt the crossing into Europe by sea. Such alternatives can include resettlement, admission based on humanitarian needs, private sponsorship schemes, access to family reunification and student or employment visas.