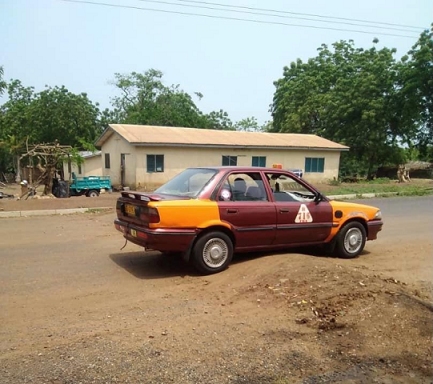 “Indiscipline drivers failing to observe driving regulation of speed limits in approaching a community, results in the frequency of knockdowns and illegal ramps is also not the answer.”

He said the highways were state assets and only the Ghana Highway Authority (GHA) had the mandate to engineer or re-engineer it and not communities.

Dr Letsa said this when he interacted with some community members along the Ho –Sogakope Highway.

The communities along that corridor had erected a number of speed ramps to help drivers low down when approaching the communities.

Mr. Lord-Nat Kofie, Assemblyman for Adaklu Goefe Electoral area in the Adaklu District said though the speed ramps phenomenon was illegal, it was saving people’s lives in his community.

He said the illegal ramps was as a result of indiscipline by drivers approaching towns and communities giving way to frequent knockdowns.

He said some officials from the Ghana Highway Authority (GHA) met the chiefs and people of Adaklu Tsriefe, Adaklu Goefe and Adaklu Agblefe over the illegal ramps somewhere last year, but the meeting failed to yield any results.

They asked the people to remove the ramps and that when work on the road was fully completed, GHA would award the construction of permanent ones with warning signs, He added.

Mr. Kofie said the people were adamant, saying work on the road was taking too long to complete, whilst lives were being lost through pedestrian knockdowns.

Togbe Eden III, Asafofia of Adaklu Tsriefe told the Ghana News Agency that they could not sit down unconcerned whilst indiscipline speeding drivers continue to kill and maim their compatriots.

Togbe Sasraku IV, Asafofia of Adaklu Goefe said four persons have so far been killed through knockdowns since the construction of the road begun, while others maimed.

He said he went to the GHA offices in Ho on several occasions and complained to them about how drivers were killing their people but his pleas for permanent ramps by the GHA was unheeded.

Togbe Sasraku said not until the GHA constructed permanent ramps on the Adaklu Alavanyo – Adaklu Sikama stretch of the Ho-Adidome road, they would not remove the temporal ramps.

Mr Harold Atobra, Acting Volta Regional Director of Highways, during a courtesy call on him by Togbe Sasraku and Mr Koffie, the Assemblyman of the area, assured that the speed tables would be done.

“We have installed the signs, so we will do it. It is a process, he said, appealing to the people to exercise patience as his outfit took the necessary steps to address the situation.

That corridor is our headache because people keep calling us about it, and I understand your plight, so I can assure you that we will do it,” he said.

The Chief appealed to the Director to expedite action on the process to forestall any further fatality on that portion of the road.

More deaths on our roads – MTTD

33 drivers over speed into trouble