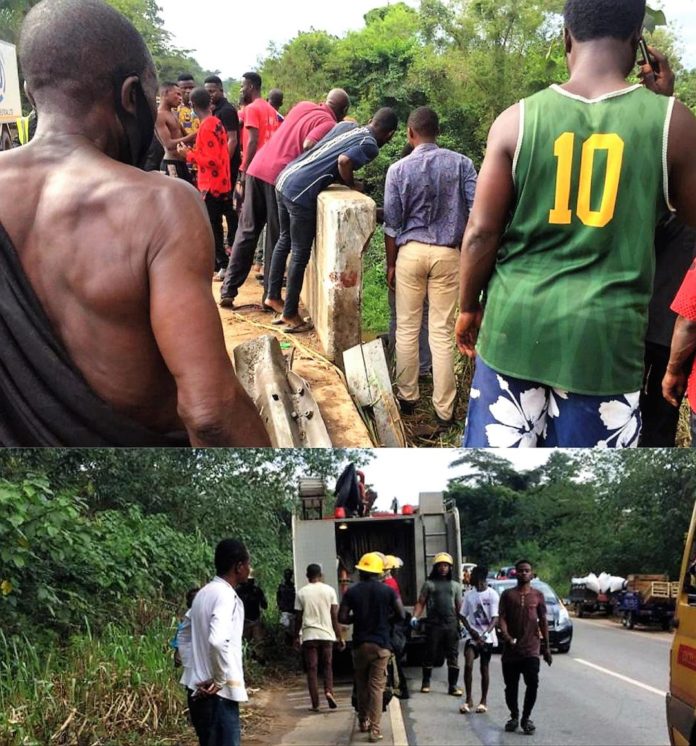 Four other juvenile players on board the KIA mini bus involved in the disaster, and whose condition remained critical, are currently on admission at the Accident and Emergency Unit of the Komfo Anokye Teaching Hospital (KATH).

In all, 36 people, including; juvenile football players and handlers of the Africa Vision Soccer Academy, were on board the vehicle with registration number AS 928-12.

According to the police, the KIA mini bus plunged into the River Offin as the players and officials were being sent to their base after a league registration exercise at Afrancho on the Kumasi-Offinso road.

“The mini-bus far exceeded its seating capacity,” DSP Nyamekye told the GNA, saying the driver in the course of the team’s journey lost control of the speeding vehicle.

Consequently, it veered off its lane and hit a concrete fence separating the River from a section of the road, and then plunged into the water body.

The 26 other young players and officials of the team, who sustained various degrees of injury in the fatal accident, were sent to the St. Patrick’s and Naamon SDA Hospitals, all in the Offinso Municipality, for treatment.