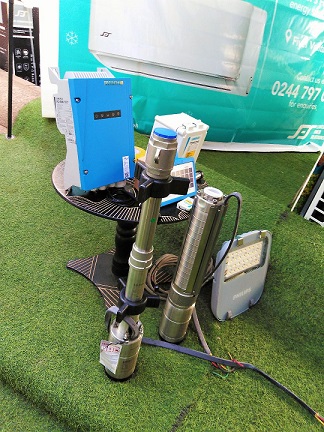 The Management of Strategic Power Solutions (SPS), a solar power and energy-efficient products provider, says green technology is the way to go to help Ghana remain competitive on the global market.

He said investment in environmental-friendly technology such as solar-powered products, renewable and green energy sources, ought to be taken seriously.

Oheneba Boateng was speaking at the launch of the ‘SPS Inverter and Solar Air-Conditioners’, which are eco-responsive products, aimed to contribute to the slowing down of global warming and also reduce greenhouse effects, at a ceremony in Kumasi.

“The main idea is the creation of new technologies which do not damage the natural resources,” he stated.

The SPS CEO explained that the company’s objective was to sensitize and encourage Ghanaians to embrace green technology, saying the people ought to take keen interest in the usage of solar-powered products.

“This should result in less harm to people, species and the general health of the planet,” he emphasized.

He called for the strengthening of policies to advance the cause of the nation in combating global warming through the use of eco-friendly products.