Looking for much needed information about Ghana Rising fave, model and socialiteDeborah Vanessa Owusu Bonsu who has become a singer/songwriter -I stumbled across Hang Out GH and I can honestly say, ?OMGoodness I must be the only person of Ghanaian origin that didn?t know about Hang Out GH”, -a service very similar to Talk of GH?

Unlike Talk of GH -Hang Out GH has a more student-y vibe (which I don?t always like) -but what it does have going for it -is its ability to break news about the latest happenings in Ghana?s celebrity world, and giving us much needed info about hot events -fabulous.

I really love their informative verve and will endeavour to keep a close on this hub of cool happenings!!!

Hang Out GH is ambitious and aims to be at the very cutting edge and forefront of Ghanaian popular culture -and have enlightened me and their many followers -to many issues affecting Ghanaian celebrities -and I?m kind of hooked.

The following was taken from
Hang Out GH?s Facebook page and makes for fab reading::: 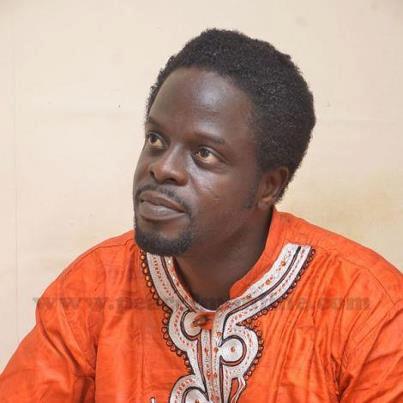 Title: Ofori Amponsah Is Now The General Overseer And Founder of His Own Church (Posted: 12th July, 2012)

Multiple award winning Highlife singer, composer and song writer, Ofori Amponsah aka Mr. All 4 Real, has revealed that he is now a full time born-again Christian and… a strong man of God the world should look out for.

Ofori Amponsah who paid a visit the Peace FM office (Ship House), on Tuesday July 10, 2012, disclosed in an interview with Peacefmonline.com that he is gradually dropping his very successful music career to preach the word of God and win souls for the most high.

The ?Otoolege? singer revealed that he has actually formed his own church called the Family of Faith and Love Ministries where he ministers every Sunday as the head pastor. According Mr. All 4Real now known as brother Ofori, he started the church few weeks ago with his own children and few family members but he currently has over a hundred church members.

Ofori Amponsah said he doesn?t want to be addressed with his showbiz name Mr. All 4Real , rather he should called ?Brother? Ofori Amponsah which might later change the ?Prophet? or ?Pastor? Ofori Amponsah because he now the founder and General Oversea of the Family of Faith and Love Ministries.

?I have started my own fellowship and I believe God is calling me into the ministry to tell people He is alive?All the songs I wrote and music I did was not by my strength but by a God-given talent in me but now it is time for me to return to God just like the prodigal son,? Ofori Amponsah stated.

Brother Ofori said his new ministry meets just adjacent to his residence at Ofankor Barrier a superb of Accra. ?We started just some three weeks ago?. Ofori Confessed that his love and passion for writing, composing and producing music is slowly reducing and he can foresee that he will completely quit music very soon because God wants to redirect his life elsewhere.

However, he added that he is recording a number [of] gospel songs which will be released very soon all geared towards spreading the good news.

When asked whether he was an apostle, a pastor, an evangelist or a prophet, Ofori Amponsah said the ?calling of God? on his life enabled him to do the works of both an evangelist and a prophet. Amponsah said he is prophet and he is also blessed with the gift of healing.

Brother Ofori said he was staunched member of Tesano Baptist Church where was actively involved with the work of God in the early 90, until he backslid in 1994 and met Daddy Lumber who gave him his musical break through. The ?Odwo? hit maker disclosed that God revealed to him through a dream in 1997 that he will go the world and return the house of God after 10 years and truly he had his calling 10 year after in 2007

He said it was time for him to return to the Lord and actually preach about Jesus Christ.
***Paulina Opoku-Gyimah says: Lots of Big Love to Ofori Amponsah!!! Ghana Rising prays Gods: protection, Love, Grace and the Blood of Jesus Christ our Lord and Saviour over this former musician?Amen!!! 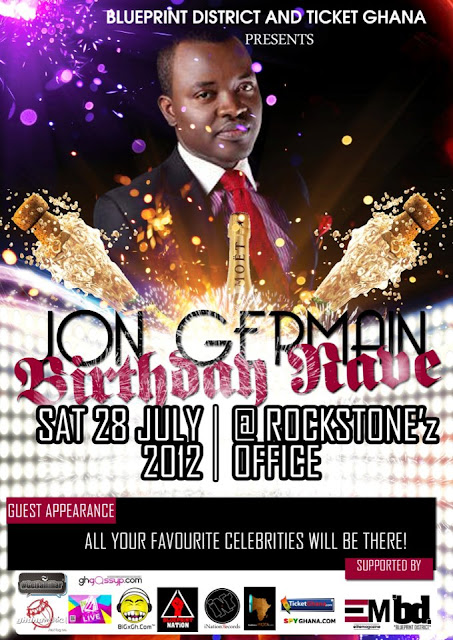 Event organisers BLUEPRINT DISTRICT and Social Media Giant TICKETGHANA On Saturday, the 28th of July 2012 would combine powers to celebrate the life and career of one of Ghana?s longest standing celebrities and brands Jon Germain. The multi-talented singer/presenter would for the first time ever since being a public figure celebrate his birthday with a star studded birthday party at the hub of the city and home to the stars ROCKSTONES OFFICE on Saturday the 28th of July.

TICKETGHANA and BLUEPRINT DISTRICT with Jon Germain?s management would parade some of the biggest names in the industry, actors and actresses, sports personalities musicians amongst others. A full list of celebrities would be gracing this highly anticipated event is yet to be released by the organizing companies. One thing though is guaranteed, it would be one of
the biggest star-studded events of the year.