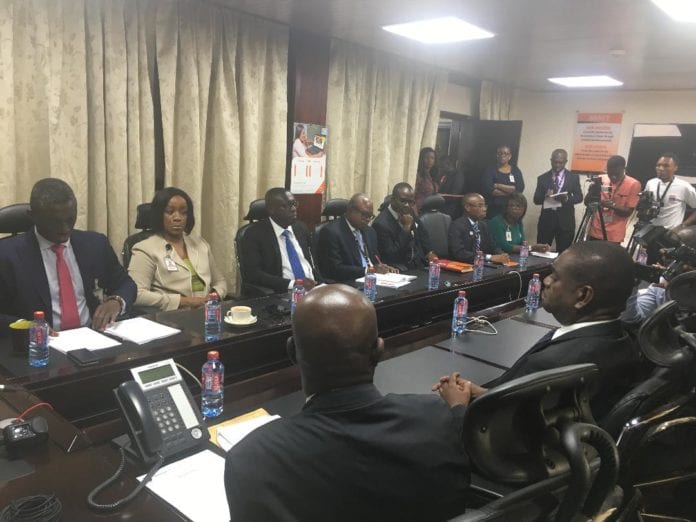 The Social Security and National Insurance Trust (SSNIT) has announced an increase of 11 percent in the pensions for 2019.

The increase, announced at a News conference on the 2019 Pensions indexation, will take effect from the first payment of pensions on January 14, 2019.

The 2019 indexation, pegged at 11 percent, will be comprised of a nine percent fixed rate, while the remaining two percent will be redistributed as a flat amount of GHC15.89 for all pensioners.

The redistribution of the two percent, according to Mr Steven Yeboah, Chief Actuary at SSNIT, was to cushion low income earners in line with the solidarity principle of social security.

“The effect is that 80 percent of our pensioners are going to get over the 11 percent and our lowest pensioners will get as much as 14.76 percent, as overall increment in their pensions,” he said, adding that the new minimum monthly pension for 2019 will be GHC300.00, compared to the minimum wage of GHC287.55.

Mr Yeboah, who made a presentation on the indexation, said the process of indexation was in line with the National Pensions Act 2008 (Act 766, Section 80) which mandated it to annually review pensions.

He said the indexation, a technique to adjust pension payments in order to maintain pensioners’ purchasing power, was done taking into account of wage inflation or price Inflation.

The process looked at factors like average salary growth of active contributors, which was 12.66 percent in 2018, average change in consumer price index; 9.5 percent in 2018, as well as the liquidity and sustainability of the fund.

Dr. John Ofori-Tenkorang, Director General of SSNIT, said the Trust would fund the cost of the increment of GHC 212 million with its income from contributions and its returns from investments.
He noted that the indexation process was done annually in consultation with the Board of the Trust and the National Pensions Regulatory Authority (NPRA).

This was, however, the first time that the media had been invited for a briefing on the process, as it was usually published in the papers.

He said it was important for the Trust to ensure that its stakeholders, including the media understood what it did and how Pensions increments were determined.