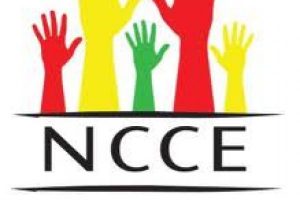 The school scored a total of 143 points in all four rounds of the competition to beat its closest rivals Queen of Peace SHS in Nadowli who garnered 138 points to place second position.

St. Francis of Assisi Girls SHS in Jirapa placed third after accumulating 121 points at the end of the competition that saw 10 SHSs in the region competing.

Addressing the students before the beginning of the competition, Mr. Samuel Asare Akuamoah, Deputy National Chairman of the NCCE in charge of Operations said the E-Constitution game competition was initiated by the Commission with support from the European Union (EU) to make the study of the constitution attractive to Ghanaian youth.

He explained that the Commission came up with the innovation in order to sustain the interest of the youth in the study of the constitution after realizing that the youth were fanatics of technology.

Mr. Akuamoah noted that the ultimate goal was to ensure that they removed the mystery around the constitution as a sacred document for lawyers.

“We are on a journey of demystifying the mystery surrounding the constitution and making it an extremely reader friendly document so that everybody will attempt to know the content of the constitution”, he said.

The NCCE Deputy Chairman in charge of Operations said the Commission in the longterm seeks to achieve good citizenship for the country, adding that the future of the country was in the bosom of the youth and that if they focused on the youth they would not be missing their target.

Mr. Akuamoah said Ghana in the past stood tall among the Comity of nations because of hard work, honesty and integrity, adding that today that respect was fading away because the country was gradually loosing these values.

“This year, our aim is to make sure that we get Ghanaians to go back to our values and ensure that we restore whatever we have lost as a people”, he emphasised.

Madam Patience Sally Kumah, the Acting Upper West Regional Director of NCCE urged the students to ensure that whatever good values they were learning today reflected in their lifestyle when they take up the mantle of leadership in the future.

The Electronic Constitution Game Regional Level Competitions, 2017 event was organised under the theme: “Restoring our Ghanaian Values: the Role of the Youth”.

KNUST rolls out competition to promote interest in science and mathematics